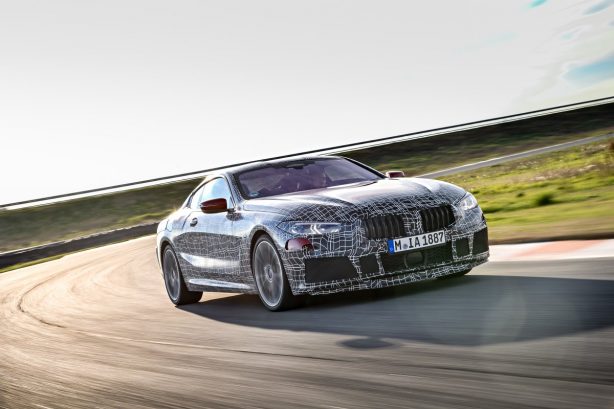 BMW has given us a glimpse of a close-to-production 8 Series prototype which is currently undergoing intensive dynamic testing on a high-speed proving ground in Aprilia, Italy.

Clad in heavy camouflage, the prototype shows typical sports car proportions with dynamically stretched lines and a flat silhouette. The front of the car features an elongated double kidney grille that are likely to be similar to those in the recently unveiled BMW X2.

While the prototype’s rear is securely taped up, we can see a pair of Lexus LC-esque integrated tailpipe aperture and subtle boot lid spoiler.

According to BMW, the ‘powerful’ front and rear ends give a foretaste of the 8 Series’ sporty driving experience and that the highly demanding test programme facilitates the targeted harmonisation of all drive and suspension systems. 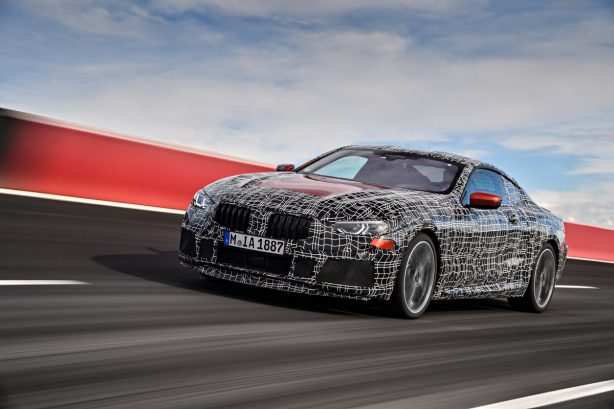 “The test drives under the most severe conditions show that we are right on target with our concept for the new BMW 8 Series Coupe. The vehicle dynamics values already achieved are absolutely impressive. Our customers and fans can look forward to a genuine sports car,” says Klaus Fröhlich, member of the board of the BMW AG, Development and Research, who oversees the test programme in Italy.

BMW says the high vehicle dynamics potential results from an extraordinary close connection between motorsports and series production. The new BMW 8 Series Coupe is being developed parallel to and in close coordination with the BMW M8 and the BMW M8 GTE racing car.

Whilst the prototype of the production model is undergoing endurance tests, the teams, which are supported by BMW Motorsport, are currently preparing in Daytona (USA) for the initial racetrack use of the BMW M8 GTE. On 27/28 January, the BMW M8 GTE will make its racing debut at the Daytona 24-hour race. In June 2018, it will then participate in the 24-hour race at Le Mans. 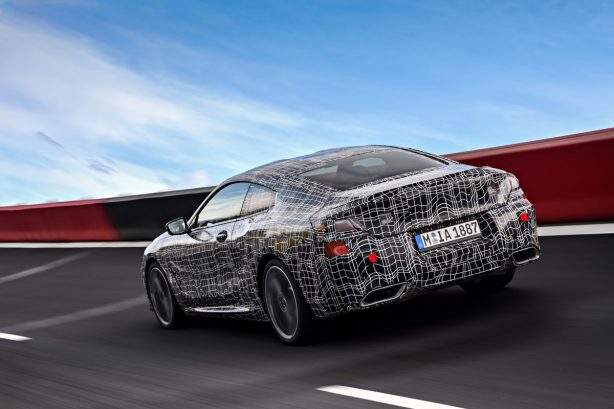 The knowledge gained there and at numerous other racing events in the FIA WEC and the IMSA WeatherTech SportsCar Championship (IWSC) in North America is said to directly benefit series development of the BMW 8 Series Coupe.

Likewise, the know-how gained during training and on the racetrack will advance development of the new BMW M8. The Nordschleife of the legendary racing circuit is also the main proving ground for testing and further enhancing the new BMW M8.