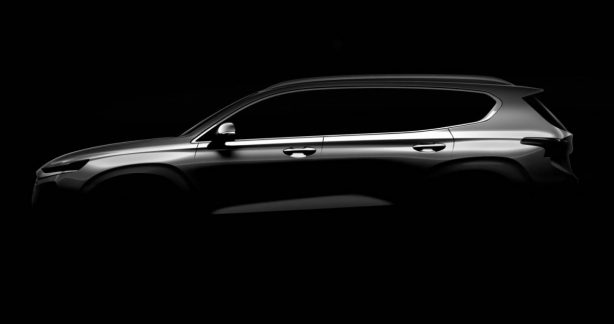 Hyundai has given us a first glimpse of the next-generation Santa Fe, which will celebrate its world premiere in February before making its public debut at the Geneva Motor Show in early March.

Released today is a single shadowy image of the 2019 Santa Fe’s side profile which looks properly promising. Along with the teaser photo, Hyundai has also unveiled some first facts about the new crossover.

The industry-first Rear Occupant Alert monitors the rear seats to detect passengers and alerts the driver when leaving the car. The Rear Cross-Traffic Collision Warning is now enhanced by an automated braking function. To avoid the risk of collision when reversing out of narrow areas with limited visibility, the system warns the driver and applies the brakes automatically.