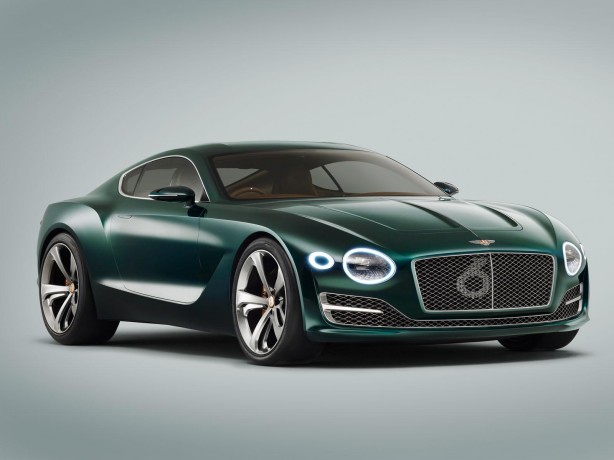 Bentley has taken the wraps off its new EXP 10 Speed 6 concept at the 2015 Geneva Motor Show.

The futuristic Bentley is designed a preview the luxury carmaker’s potential new model, likely to be the Continental GT’s replacement. 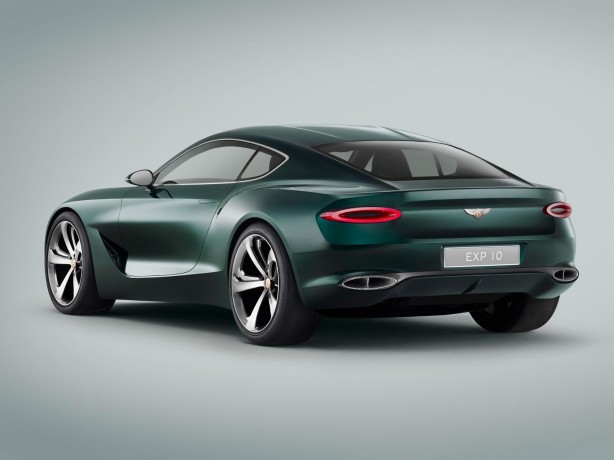 The high-performance two seater’s muscular and athletic surfaces are said to be inspired by the aerodynamic shapes of aircraft fuselage and wings. Bentley’s classic grille and four-round headlamps have also been reinterpreted for the new concept.

According to Bentley, every exterior material and each individual detail is designed to modern Bentley style. Cutting-edge 3D metal printing technology has allowed the grille mesh, exhausts, door handles and side vents to be delivered with micro-scale design detail precision. The iconic Bentley mesh grille, for example, is no longer a flat plane of latticework but includes varying depth with complex 3D geometry only visible when viewed at an angle. Bentley’s renowned quilted leather has inspired three dimensional texture to the precision glass of the headlamps. 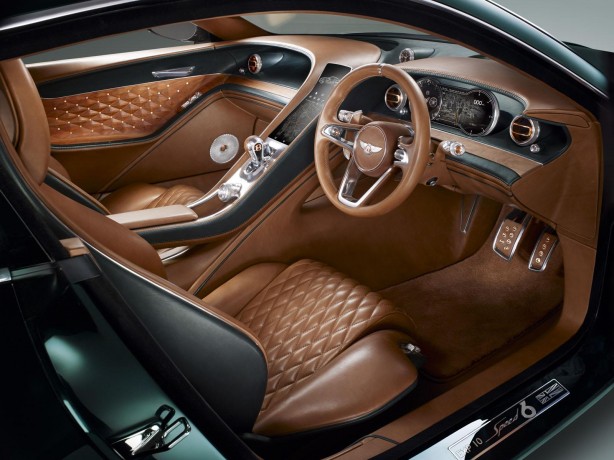 Inside, two elegant quilted sports seats are positioned either side of the narrow centre console which houses a massive curved 12-inch screen and driver controls. Again, classic Bentley knurled surface is a feature throughout the controls of the car. They are now created using steel and copper to create a two-metal 3D texture.

The doors of the EXP 10 Speed 6 feature 3D quilting, milled directly in to the solid straight-grain cherry wood. Each resulting diamond is finished with a copper centre. The rear luggage compartment is designed to hold four specially-made pieces of luggage. 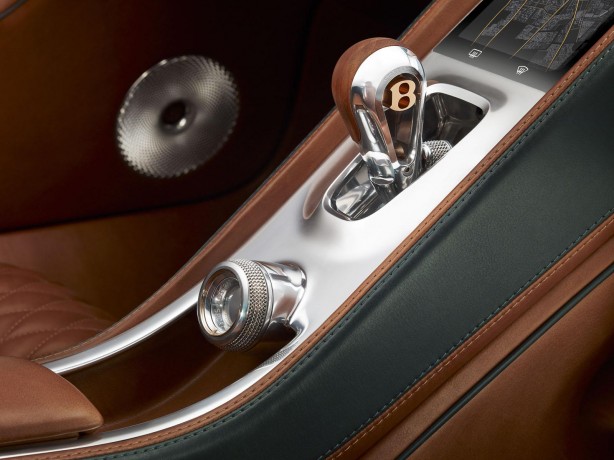 Bentley hasn’t released any performance details on the EXP 10 Speed 6 but it is safe to assume it will be powered by a powerful, yet efficient engine.