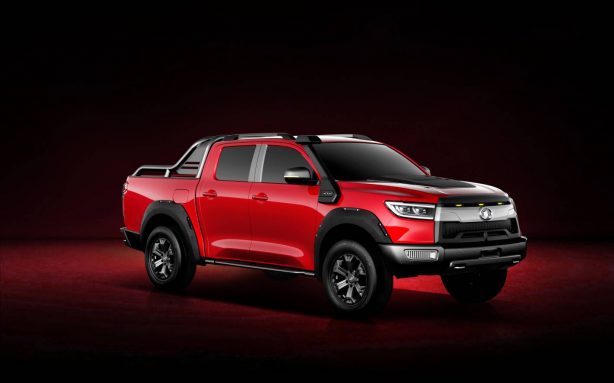 Here’s something rather unexpected – Chinese brand, Great Wall Motor, is set to introduce what will likely to be the first all electric pick-up into Australia and NZ next year!

Little else is known about the new electric ute except it rides on a completely new platform shared with the next-generation HAVAL H9 and is said to come with a Tesla-aping 500km driving range.

While the EV ute will certainly be the headline grabbing model, the company has only unveiled the lifestyle-focused ‘adventure’ version as seen here ahead of the line up’s official debut at this month’s Shanghai Motor Show. 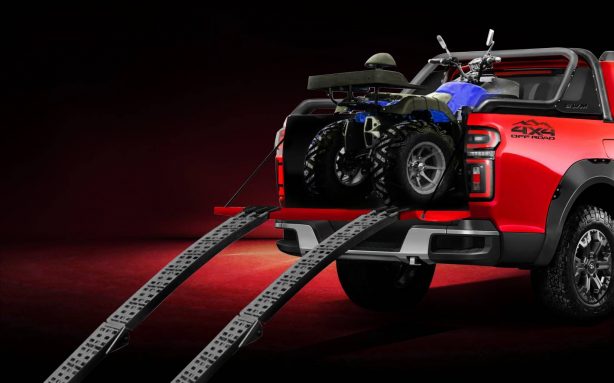 Non-electric models will be available with a turbo-diesel engine and adopt a German engineered ZF 8-speed automatic transmission with four driving modes – Auto, Economy, Sport and 4 Low – as well as an electronic park brake system.

Inside, the interior promises to combine the quality, refinement and comfort of a premium family SUV with use of monotone surrounds and contrasting jacquard texture seats and door inserts in the ‘urban’ model’s interior shown here.

The new Great Wall Ute will be produced at GWM’s new $1 billion Chongqing plant in China along with the next-generation HAVAL H9.