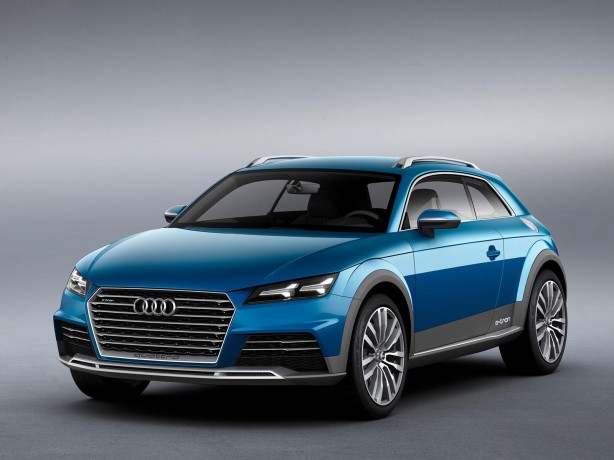 Audi has announced it will invest more than €3 billion in 2016, along with further process and cost optimization.

The company also intends to push forward with its growth strategy with the launch of the Audi Q2 premium compact SUV at the end of the year, along with the Audi Q5’s successor. By 2020, Audi will expand its model range to at least 60 different models.

“We are continuing with our high levels of investment in future technologies to enhance the strong position of our brand,” emphasized Audi CEO Rupert Stadler.

Stadler also revealed a significant proportion of the investment will be spent on alternative drive systems, where Audi intends to launch its first large-series battery-electric vehicle based on the Audi e-tron Quattro concept.

While Audi is consciously investing in new models and technologies, as well as in the expansion of its worldwide production network, CFO Axel Strotbek also sees potential for continual cost improvements: “With the current investment program, we obviously want to enhance the brand’s strong position, but at the same time, we aim to achieve additional financial scope by means of further process and cost optimization.” According to Strotbek, the company will not save at the expense of its future, but every investment will be carefully examined. The Board of Management has therefore decided to postpone the construction of a new wind tunnel for one year.

Audi continues to accelerate in the area of digitalization. In early December, the company acquired a one-third interest in HERE, thus safeguarding the cooperation with a leading provider of digital maps and location-based services. Audi’s share of the purchase price amounts to € 0.85 billion. In order to maintain its “Vorsprung durch Technik” also in the future, the company will strengthen its workforce as it progresses along its growth path in 2016.

Thomas Sigi, Board of Management Member for Human Resources at AUDI AG, said: “We are looking for experts in areas important for the future.” Demand is particularly strong for specialists in alternative drive systems and lightweight construction, but also for IT specialists, who will further develop the fields of Audi connect, Audi mobility and smart factory in the context of digitalization.

It looks like Audi will not allow the “Dieselgate” woes currently plaguing parent company, Volkswagen Group, to affect its ambition to dethrone its rivals.