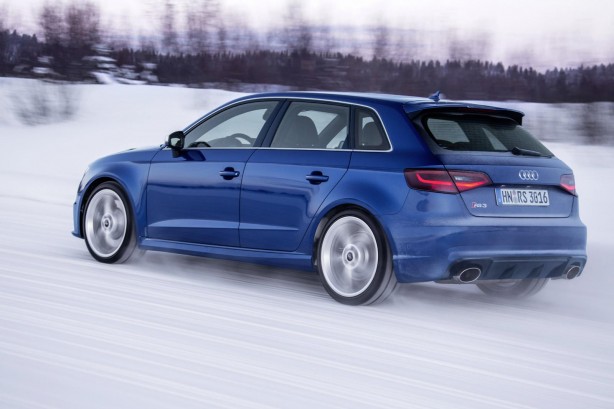 Audi has released a series of new images of its range-topping RS3 Sportback; this time dressed in Sepang Blue exterior paint.

The scorching hot RS3 was photographed along with a white example at one of Audi’s Winter Driving Experience, with none other than two-time DTM champion, Mattias Eckström, behind the wheel of one of the cars. 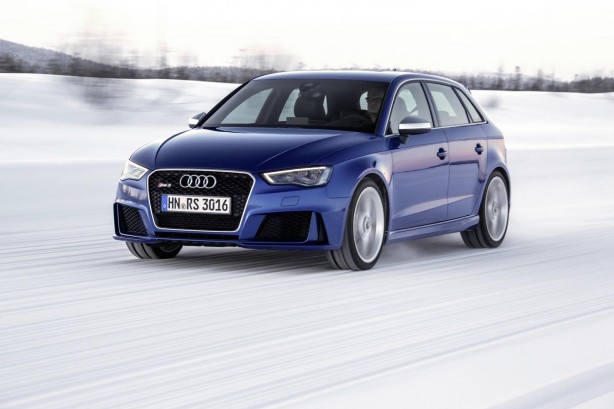 When it goes on sale in Europe in March, the RS3 will go head to head with Mercedes’ A45 AMG. Powering the Audi is a 2.5-litre five-cylinder turbocharged petrol engine delivering 270kW of power and 465Nm of torque – 10kW and 15Nm more than its nemesis – for a blistering 4.3 seconds to 100km/h, 0.1 seconds quicker than the Mercedes.

The good news the doesn’t end there, either, with the all-wheel drive RS3 Sportback scheduled to head down under later this year. Expect the price to be close to or slightly below the A45 AMG as well.