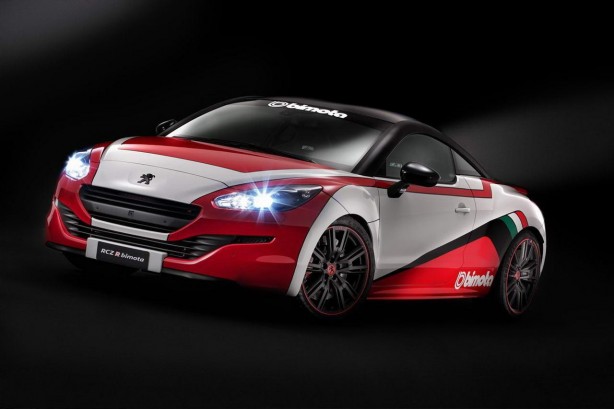 French carmaker Peugeot and Italian motorcycle manufacturer Bimota have collaborated to the create a RCZ R Bimota special edition, which has been unveiled at the Motor Bike Expo in Verona, Italy.

The limited edition model also gets the PB104 nameplate, where PB stands for Peugeot and Bimota, “1” for project number one and 04 for four wheels. 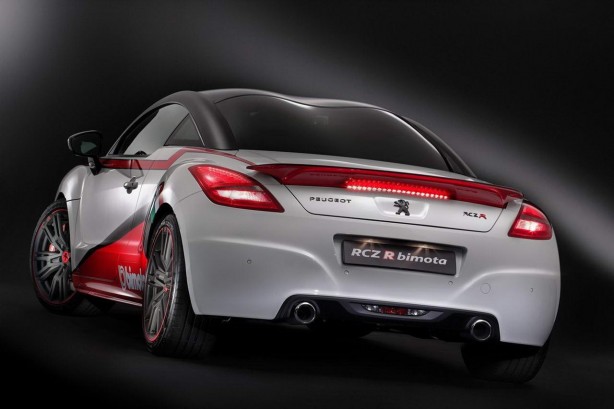 Distinguishing features of the RCR R Bimota include bespoke Bimota three-color racing livery and black five-spoke alloy wheels. Inside the cabin sports Alcantara upholstery and red highlights on the dashboard and instrument surrounds.

For keen drivers who are also equally enthusiastic on two wheels, there is a leather wrapped storage compartment in place of the rear seats for two motorcycle helmets, two GoPro cameras and a TomTom Bridge navigation system through a 7-inch display. 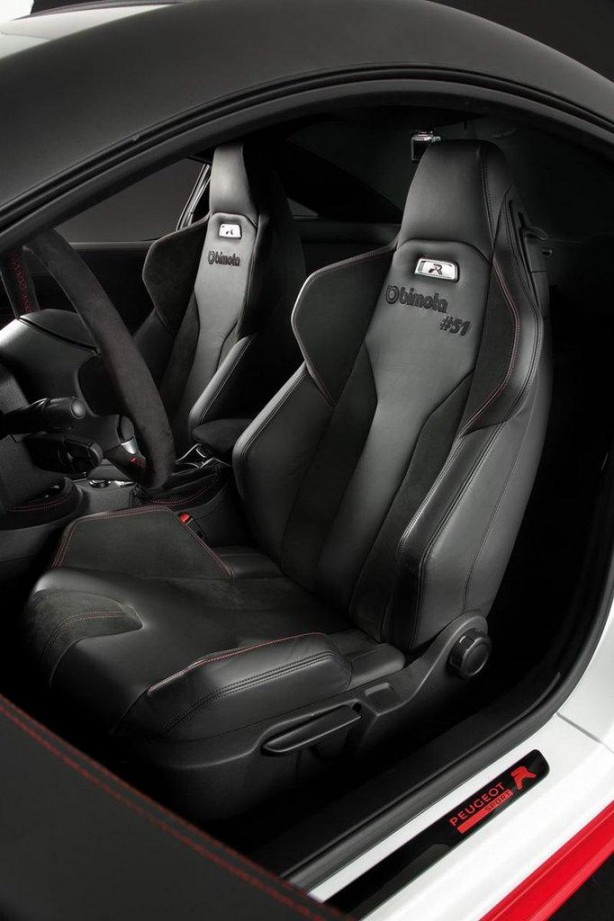 Under the bonnet, the 1.6-litre THP turbo four-cylinder gains a new turbo blow-off valve, improved air intake system and a new ECU map. Together with a new exhaust system, the engine now punches out 224kW, up from 201kW in standard form.

To cope with the extra power, the front brakes have been upgraded to four-piston calipers with 380mm discs, while a set of sports suspension lowers the car by 10mm.