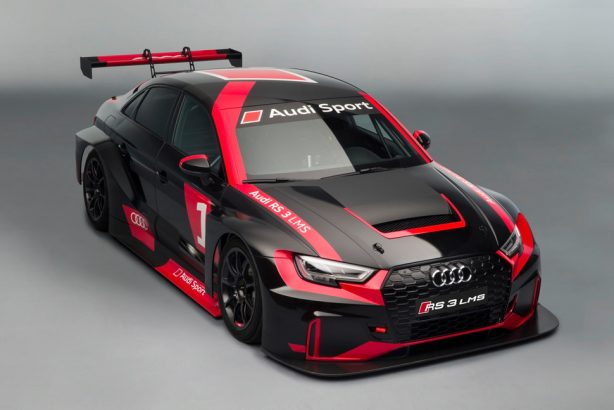 Hot on the heels of last week’s debut of the RS 3 sedan at the 2016 Paris Motor Show, Audi has unwrapped its racing cousin.

The new RS 3 LMS is ready to hit the track for the 2017 motorsport season and customers can order the racer anytime now.

Developed by Audi Sport and based on the road-going RS 3 sedan rocketship, the RS 3 LMS features a full racing body kit complete with stretched fenders, scoops, wings, vents and other aero bits. 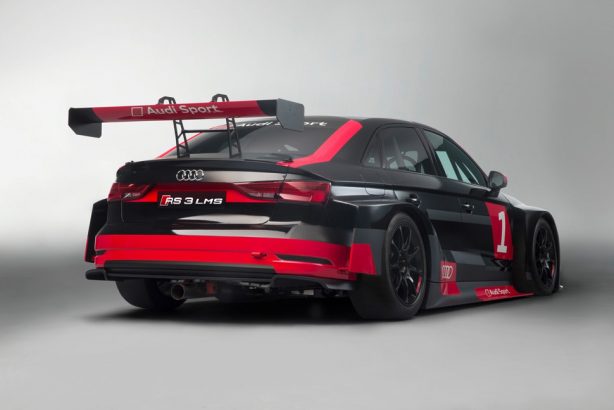 While the road car gets its power from a 294kW/480Nm turbocharged 2.5-litre five-cylinder engine, the RS 3 LMS will stick to regulation and be propelled by a turbocharged 2.0-litre inline-4 engine producing about the same power.

The RS 3 LMS also comes fully equipped with an FIA-spec fuel tank, roll cage, safety seats with nets and an escape hatch in the roof.