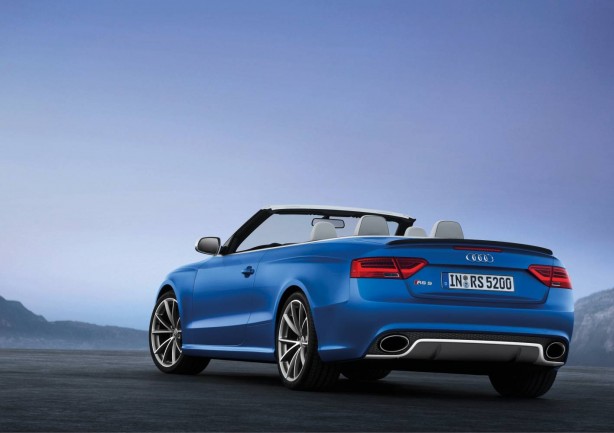 Audi has taken the lid off the new 2013 Audi RS5 Cabriolet, the first topless high performance RS to ever hit production.

It shares the RS5 Coupé’s high-revving naturally aspirated 4.2-litre V8 engine that churns out 331kW (444hp/450PS) of power and 430Nm of torque. Drive is sent to all four wheels via Audi’s S-tronic seven-speed dual-clutch transmission. 0-100km/h is achieved in just 4.9 seconds. 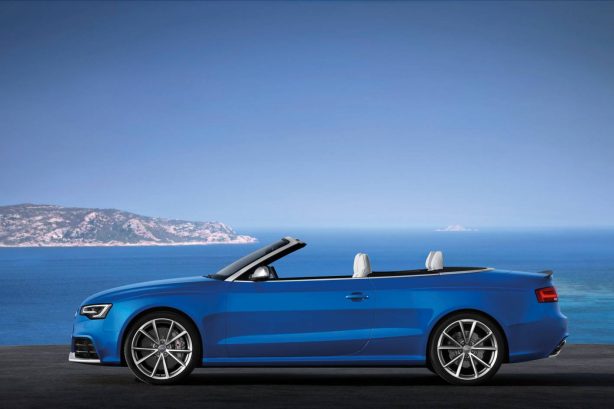 The Cabriolet’s electric fabric roof can be lowered or raised in 15 seconds. There is also a wind deflector to reduce air swirl in the cabin when the roof is down. For those who like to show off, the roof can be operated at speeds up to 50km/h. Other than the roof, the RS5 Cabriolet shares the Coupé’s 19-inch alloy wheels, a full ‘RS’ sports suspension and chassis setup, exquisite bodykit and carbon fibre rear spoiler.

Inside, there is a pair of body hugging bucket seats upholstered in leather and Alcantara, a superb looking flat-bottom steering wheel, and all the accoutrements you would expect from a range topping Audi.

The new Audi RS5 Cabriolet will hit European showrooms in early 2013 and is expected to arrive in Australian showrooms later in 2013.