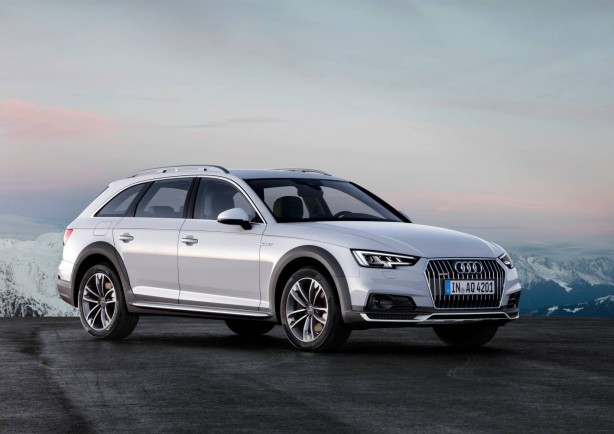 Audi has introduced its new high riding Audi A4 Allroad Quattro. Based on the A4 Avant, the new Allroad gets 34mm of extra ground clearance and more robust ‘offroad’ mode.

Created for those who prefer the driving comfort of a car but with off-road qualities, the A4 Allroad features flared wheel arches, restyled front and rear bumpers that are finished in matte structure grey or body colour, underbody cladding and a rear diffuser finished in selenite silver.

The ‘tougher’ Singleframe grille is decorated with vertical chrome slats and ‘allroad’ badge, while the higher roof rails round out the typical ‘allroad’ look. 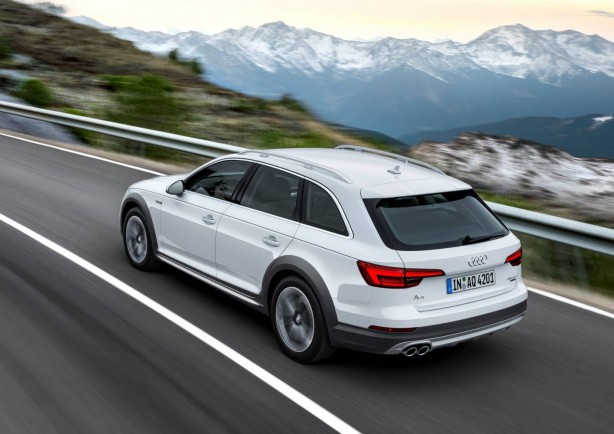 Underneath the bonnet, one TFSI and five TDI engines producing between 110kW and 200kW are on offer. They are mated with either a six-speed manual, the new seven-speed S tronic dual-clutch transmission or the redesigned eight-speed tiptronic. Quattro all-wheel drive is standard on all variants.

The new Audi A4 Allroad quattro features a new version of Audi drive select with an expanded range of functions. In addition to the familiar comfort, auto, dynamic, efficiency and individual (only in combination with the navigation system) modes, ‘offroad’ mode is available for when the driver leaves paved roads behind.

The front axle of the new Audi A4 allroad quattro features a redesigned five-link suspension, while a five-link construction replaces the trapezoidal-link rear suspension used previously. The developers used an intelligent mix of materials to reduce the weight of the axle components by a total of 12 kilograms. 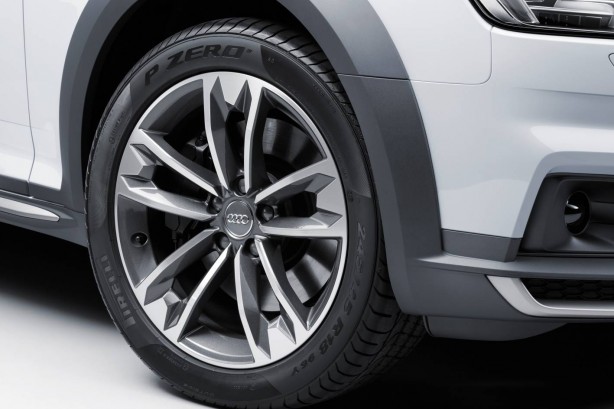 The new Audi A4 Allroad quattro comes standard with 17-inch alloy wheels in a multi-spoke design, with optional sizes from 17 to 19 inches.

Inside, the interior is pure A4, with Audi’s brilliant virtual cockpit offered as an option. The Audi smartphone interface and the Audi phone box with inductive charger offer the latest generation of online infotainment and smartphone connectivity. With the Bang & Olufsen Sound System, Audi is the first manufacturer to introduce 3D sound with a total of 19 speakers into the mid-sized class. 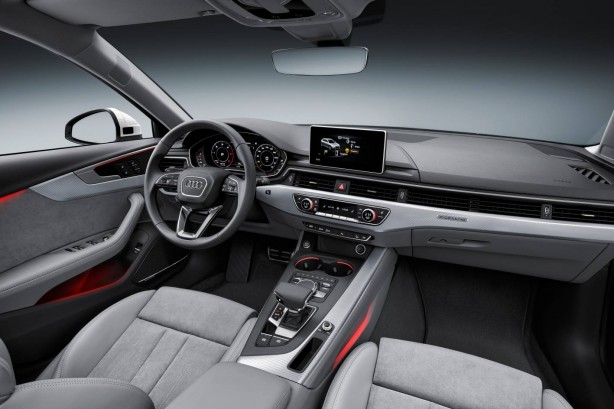 All of the driver assistance and safety systems for the A4 series are also available for the new A4 allroad quattro. Highlights are the predictive efficiency assistant, exit warning and the adaptive cruise control Stop&Go including traffic jam assist. A new addition to the range is trailer manoeuvre assist. It uses the MMI controller to make it easier to manoeuvre a trailer.

Audi has built the successful A4 model as an ‘allroad’ version since 2009. The second generation of this mid-sized model will arrive in Australia in the third quarter of 2016. Drivetrain, specification and pricing details will be announced closer to launch.