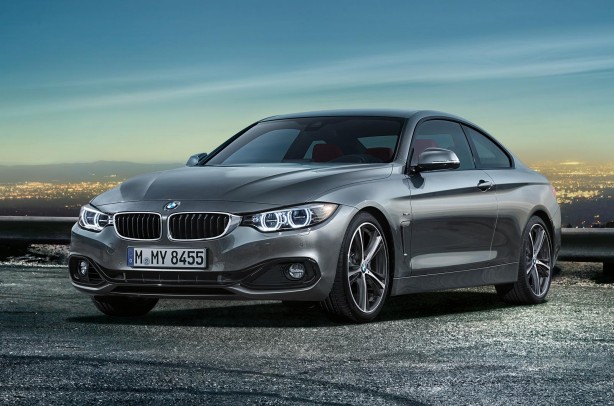 The all-new 2014 BMW 4-Series coupé has been officially revealed. The latest sports coupé from Munich replaces the 3-Series coupé and now wears the new “4” nameplate.

“The “4” in its title headlines this new product line for the coupe and emphasizes not only its stand-out design, but that any way you look at it, the new 4 Series Coupe represents something more than its BMW 3 Series cousins – 3+1, if you will,” said BMW in the official press release. 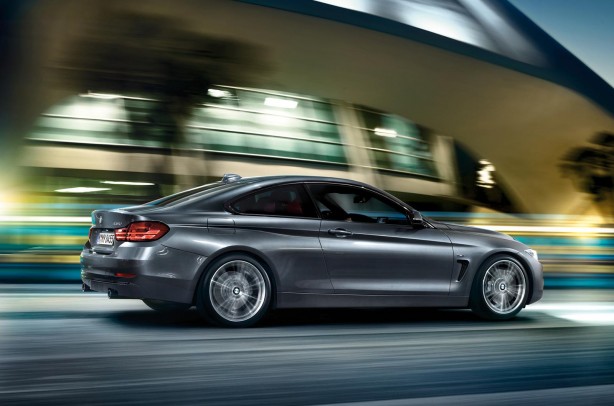 Both models can be paired with either an eight-speed automatic or a six-speed manual transmission. Rear wheel drive is standard but customers can also opt for the optional xDrive, BMW’s new all-wheel-drive system. 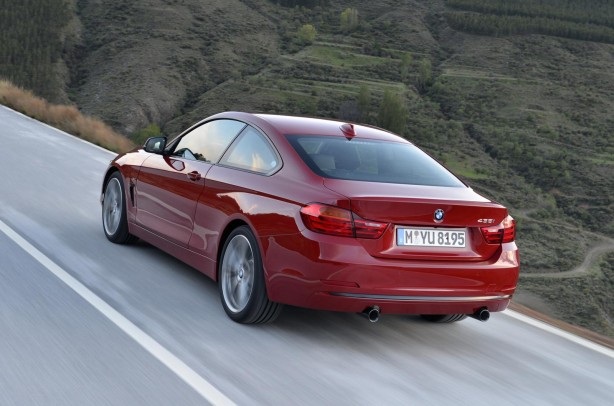 New design elements of the 4-Series include a set of “air-breathers” positioned behind the front wheel arches to reduce drag and the 3-Series style headlights that merge with the front grille. The car rides on 18-inch wheels or optional 19-inch light-alloy wheels (435i only) in twin-spoke design. 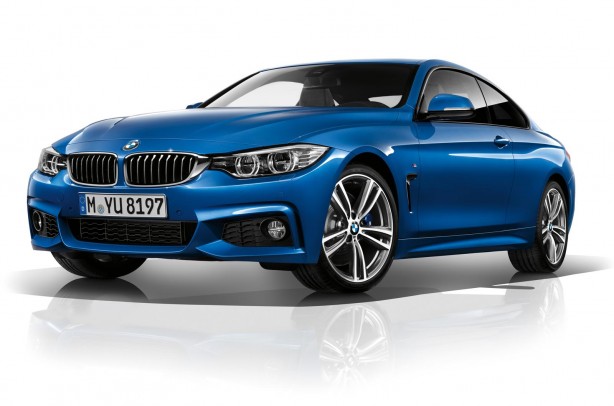 The 4 Series coupe is 26mm longer, 16mm lower and 43mm wider than the previous-generation 3-Series coupe. It also has a 50mm longer wheelbase, wider track and lower ride height. Its lower suspension brings the car’s center of gravity down by 500 mm, giving it the lowest center of gravity of any car in the current BMW line-up. 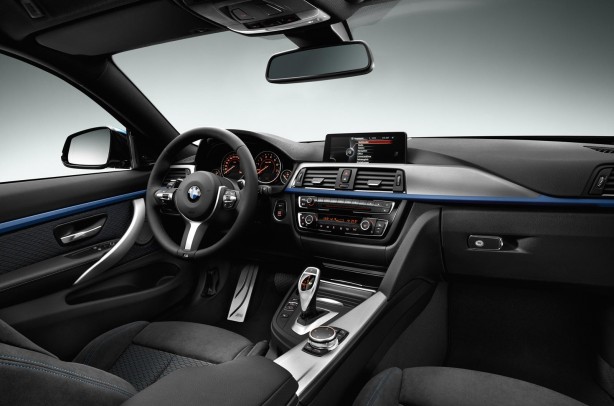 The new BMW 4 Series Coupe now offers drivers the ability to change between sporty, eco or comfort settings, depending on mood or preference. Using the Driving Experience Control switch with ECO PRO mode on the center console, drivers can select between ECO PRO, COMFORT, SPORT or SPORT+ (most models). Each of these selections will activate different settings for the powertrain and suspension components.

To improve fuel economy, the 4-Series employs features such as the Auto Start Stop function, Brake Energy Regeneration, on-demand coolant pump, map-controlled oil pump and advanced Electric Power Steering system, which only consumes electricity when steering assistance is actually required. The result is an improvement in fuel consumption by up to 20 percent.

Although the 4 Series Coupe has grown in terms of dimensions, the use of lightweight materials in the 4-Series coupe has helped shed 45kg off the car’s weight compared to its predecessor.

The 2014 BMW 428i Coupe and 435i Coupe are expected to hit showrooms in Australia in early 2014. Pricing and full specifications will be announced closer to launch. Check out the full gallery after the jump.