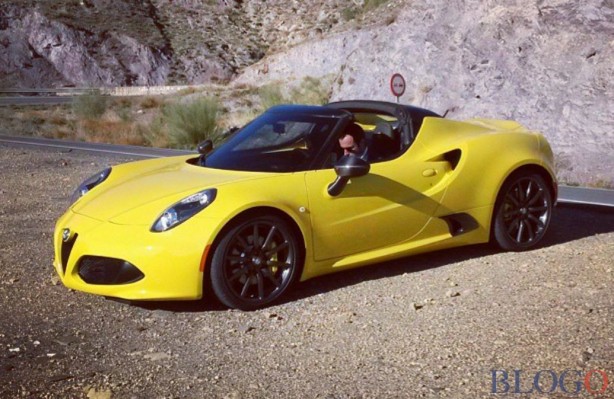 Alfa Romeo’s production 4C Spider has been caught in the open without a shred of camouflage in Spain.

The photos were taken near the city of Ubeda in Spain where the 4C Spider was let out to shoot a commercial. 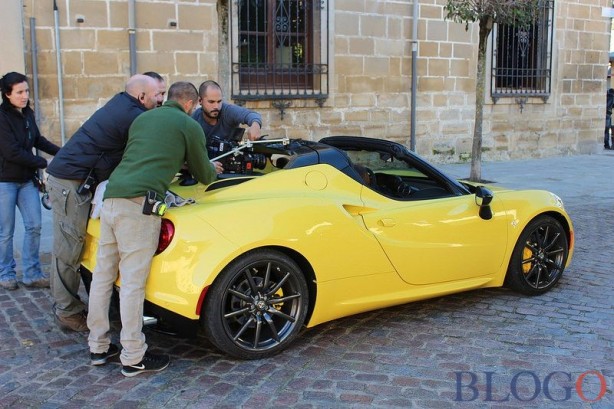 Like the coupé on which it is based, the Spider is powered by the same 1.75-litre turbocharge four-cylinder petrol engine delivering 177kW of power and 350Nm of torque. The turbo engine is teamed with Alfa’s TCT automatic twin-clutch transmission.

As with all performance Alfa road cars, the 4C Spider’s DNA selector allows the driver to choose from three standard settings – Dynamic, Natural and All-Weather – plus a fourth mode exclusive to the 4C Spider: ‘Race’, which is designed to further enhance the driving experience on track. 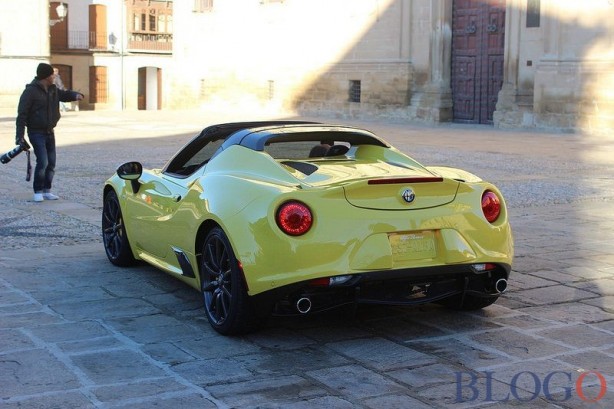