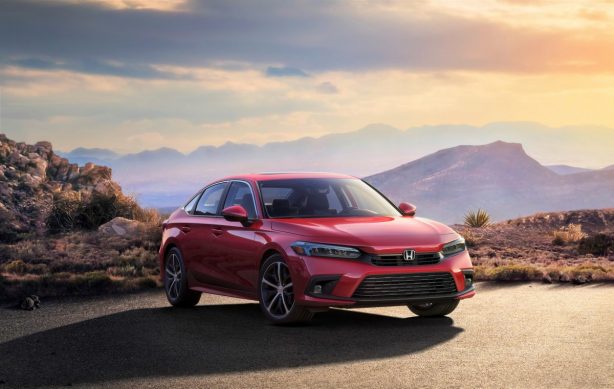 Honda has taken the wraps off its new 2022 Honda Civic Sedan in the US.

Set to go on sale in America by September 2021, the 11th-generation Civic sedan will however be a no show in Australia, with Honda’s local arm focusing instead on the stronger-selling hatchback, which is due to be unveiled in the next few months.

Side on, the body lines are cleaner while the C-pillar is inspired by the larger Honda Accord. 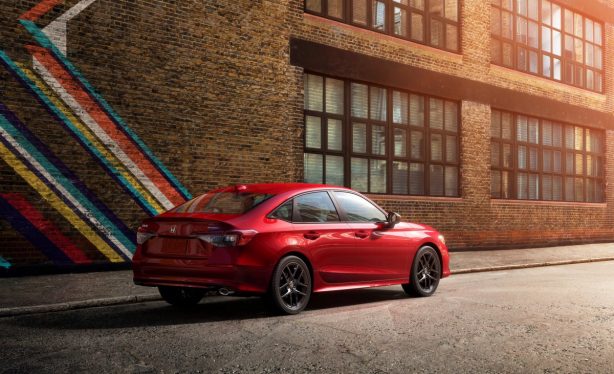 Around the back, the 10th-generation’s ‘claws’ taillights have been replaced with L-shaped taillight signature, with the bootlid featuring an integrated ‘ducktail’ lip spoiler.

Buyers will also be offered a range of optional Honda Performance Development add-ons, including an extended front splitter, a black rear lip spoiler, deeper side skirts and different alloy wheels.

Inside, the retro-inspired interior features a 10.2-inch fully digital instrument cluster and a 7.0-inch infotainment screen with wireless Apple CarPlay and Android Auto as standard. A 9.0-inch screen is also available as an option. 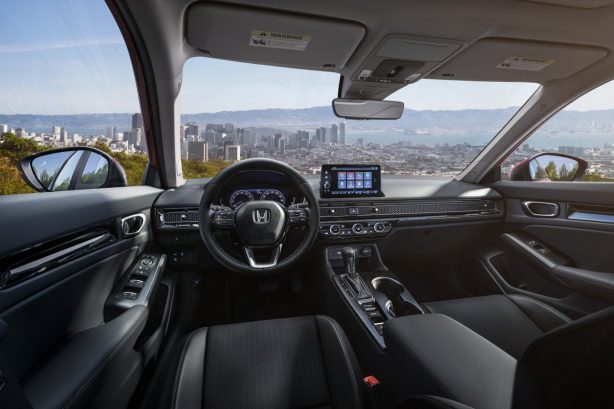 Honda says the interior materials have been chosen with practicality in mind, that means no fingerprints attracting ‘piano black’ trim. Instead, there are plenty of brushed aluminium trims along with a honeycomb mesh that spans across the width of the dash. It hides the air vents that “would otherwise mar the uncluttered and harmonious look of the dash”.

Its A-pillar has also been shifted rearwards by nearly 50mm for a more rear-wheel drive appearance, while the rear track is up to 13mm wider. 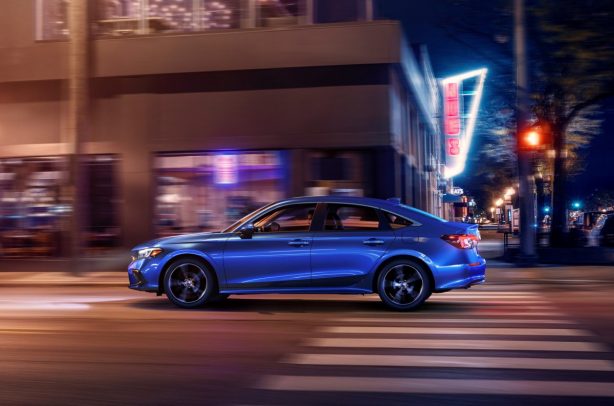 Underneath, its chassis offers eight per cent greater torsional rigidity and a 13 per cent increase in bending rigidity.

Honda claims the car’s noise, vibration and harshness have also been improved, while tweaks to the suspension geometry and an aluminium front subframe is said to deliver a sportier drive.