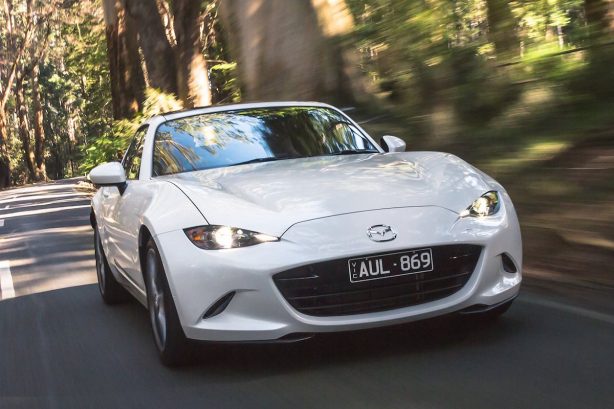 For the second time this year, the Mazda MX-5 is receiving a refresh, with more power and equipment across the board, but now only one 1.5-litre variant left in the range.

The tip-in point to the range is the $34,190 Roadster 1.5 manual, with it stretching all the way to $48,960 for the RF GT 2.0 automatic with the optional black roof and brown leather interior. Pricing is up by $750 across the range to account for the new additions and revisions the 2019 model receives. 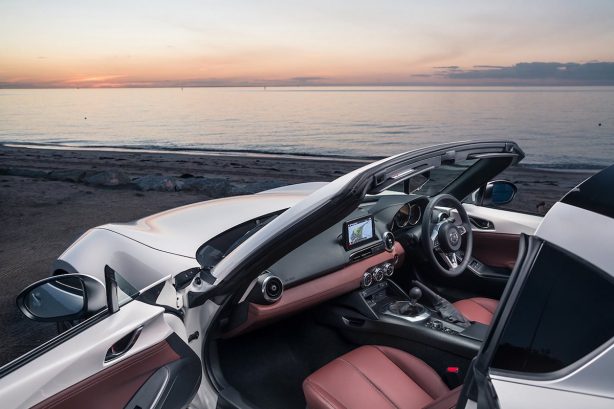 Other handy features now added include a steering column that is now adjustable for reach as well as rake – which will no doubt be to the joy of MX-5 fans who are longer in the leg – along with more stable cupholders and redesigned sun visors.

The range also sees both the 1.5-litre and 2.0-litre engines being tweaked to produce more power, although the range has been trimmed down with the smaller engine now only offered in the base-spec Roadster and no longer in GT trim. 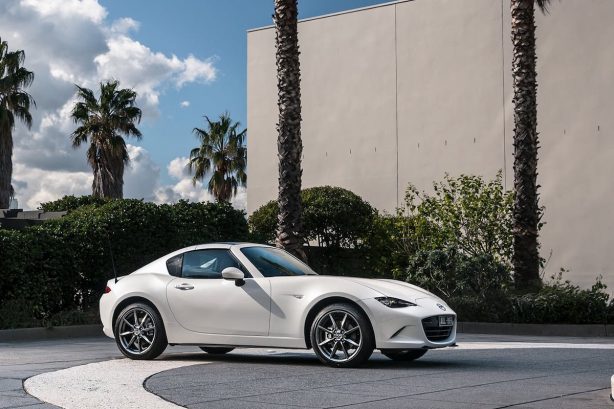 Still, redesigned piston crowns and a higher pressure fuel pump and injectors see the outputs of the 1.5 lifted to 97kW  at 7,000rpm and 152Nm at 4,500rpm. While these are increases of just 1kW and 2Nm, the torque peak is now 300rpm lower, making it more accessible than before.

The 2.0-litre unit sees more extensive changes, with lighter pistons and connecting rods, a revised intake manifold, increased throttle diameter, larger exhaust ports, and a new dual-mass flywheel which helps deliver a more significant power bump. Power is now rated at 135kW at 7,000rpm – a 17kW jump at 1,000rpm higher – while a 5Nm torque increase brings it up to 205Nm at 4,000rpm, 600rpm earlier than previously.