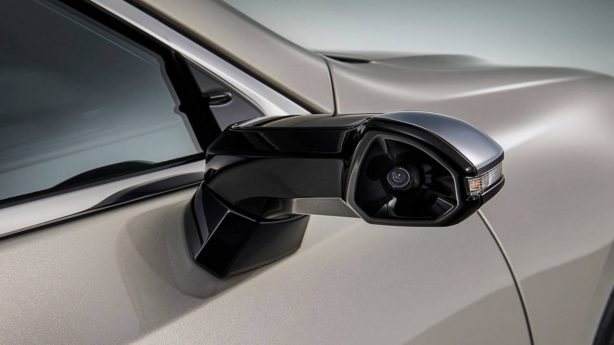 By replacing conventional side mirrors with small cameras on the front doors, Lexus claims the new technology will provide drivers with a clearer view of the vehicle’s surrounding area. The cameras in the Digital Outer Mirrors transmit the images onto 5-inch display monitors located inside the cabin at the base of the front pillars.

According to the Japanese luxury car maker, another advantage the Digital Outer Mirrors have over their conventional counterparts is that they are shaped to resist the accumulation of raindrops and snow, leaving the driver’s view unaffected. 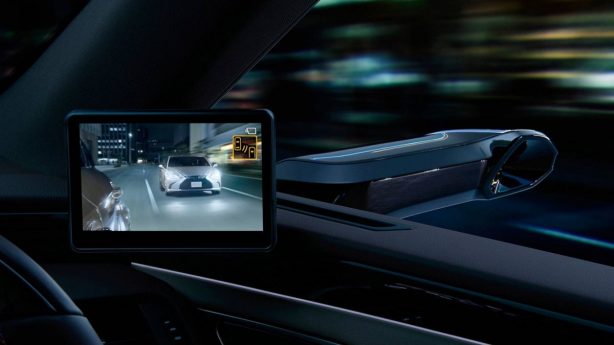 The system automatically enhances the corresponding area―left, right or behind―when the turn signals are activated, or when the transmission is put into reverse, giving the driver greater awareness of surroundings. The use of cameras allow for smaller housings, resulting in improved forward visibility. It’s also said that wind noise is also reduced, resulting in a quieter cabin.

The digital mirrors will make their debut on the new ES, which will go on sale in late October. At this time, the Digital Outer Mirrors will only be available in Japan.