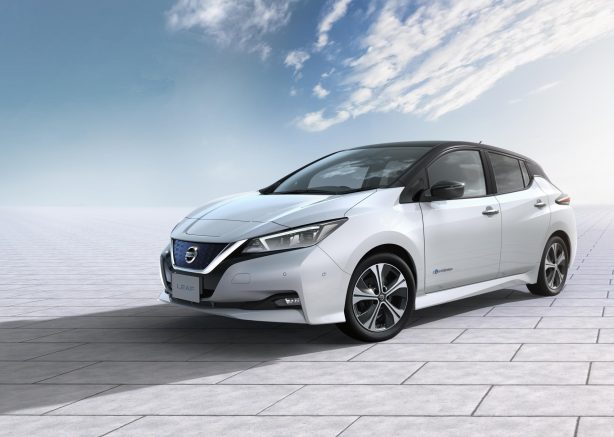 Completely redesigned, the new Nissan Leaf combines a dynamic new design with greater range from its pure electric drivetrain as well as new technologies and features.

Capable of a range of up to 400km, the new Nissan Leaf is powered by a new e-powertrain that develops 110 kW of power and 320 Nm of torque. Charging from a normal 10Amp power point takes 8 hours for a full charge, while the charging time from alert to 80% takes 40 minutes. 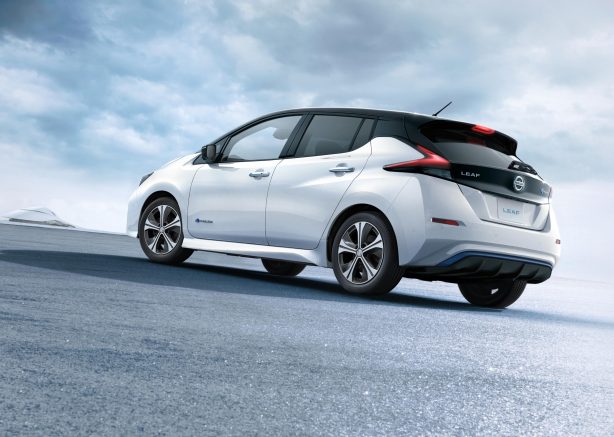 The design of the 2018 Nissan Leaf is heavily based on the company’s IDS Concept released in 2015, featuring a low, sleek profile that gives it a sharp, dynamic look. Familiar Nissan design features include the signature boomerang-shaped lamps and V-motion flow in the front. The flash-surface grille in clear blue and the rear bumper’s blue molding emphasize its identity as a Nissan EV. 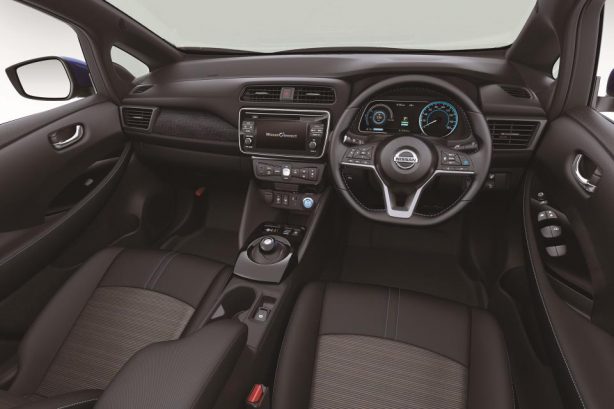 The new cabin is focused on the driver, featuring a front panel in the form of a “gliding wing. Vibrant blue stitching in the seats, dashboard and steering wheel has been incorporated as a symbol of Nissan’s electric vehicles. The 7-inch, full-color (TFT) display has been redesigned to highlight key features, such as the Safety Shield technology power gauge and audio and navigation system information. Apple CarPlay has also been added.

The 2018 Nissan Leaf goes on sale in Japan next month, with deliveries to other global markets in early 2018. Nissan will also offer a higher power, longer range version at a higher price in 2018.