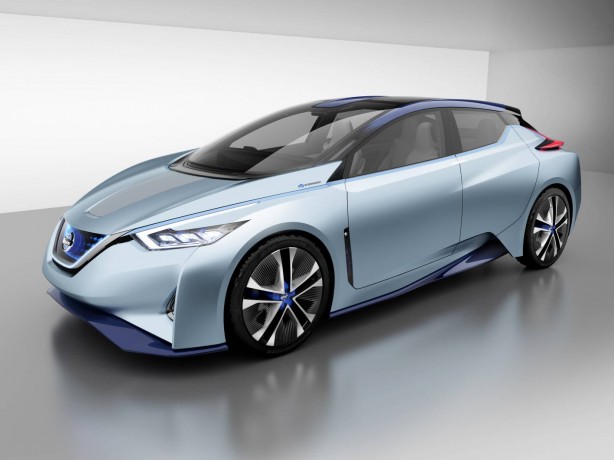 Nissan is presenting its vision of autonomous driving and zero emissions EVs with the unveiling of the IDS Concept at the 2015 Tokyo Motor Show.

Presenting at the show, Nissan president and CEO Carlos Ghosn said: “Nissan’s forthcoming technologies will revolutionize the relationship between car and driver, and future mobility.”

In August 2013, Nissan announced an ambitious plan to equip self-drive technology on its vehicles. Today the company affirms that “progress is well on track to achieve this goal”, and that by the end of the next decade, expect to see Nissan Intelligent Driving technology deployed on cars in cities around the world.

The Nissan IDS Concept is said to offer a unique self-driving mode. Even when the driver selects Piloted Drive and turns over driving to the vehicle, the car’s performance – from accelerating to braking to cornering – imitates the driver’s own style and preferences.

In Manual Drive mode, the driver has control. Yet behind the scenes, the Nissan IDS Concept continues to provide assistance.

Sensors continually monitor conditions and assistance is available even while the driver is in control. In the event of imminent danger, Nissan IDS Concept will assist the driver in taking evasive action. 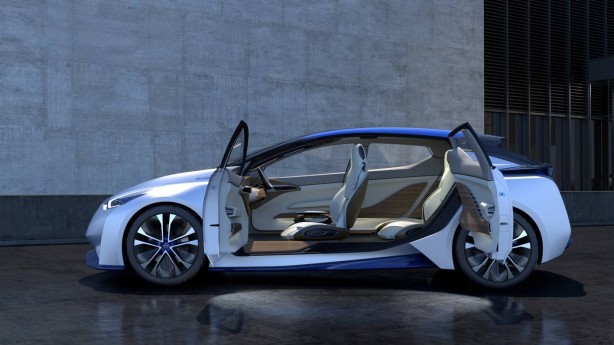 In addition to learning, the Nissan IDS Concept’s artificial intelligence (AI) is also able to communicate with the driver, relaying information concerning traffic conditions, the driver’s schedule and personal interests.

“A key point behind the Nissan IDS Concept is communication. For autonomous drive to become reality, as a society we have to consider not only communication between car and driver but also between cars and people. The Nissan IDS Concept’s design embodies Nissan’s vision of autonomous drive as expressed in the phrase together, we ride,” says Mitsunori Morita, Design Director.

The IDS Concept’s cabin becomes more spacious when the driver selects Piloted Drive. In this mode, the steering wheel recedes into the center of the instrument panel and a large flat screen comes out. Various driving-related operations are handled by AI, voice and gestures from the driver.

When the driver selects Manual Drive, the roomy interior transforms to put the driver in control. All seats face forward. The steering wheel appears along with driving meters and a heads-up display that shows route and other driving information.

The Nissan IDS Concept is fitted with a high-capacity 60 kWh battery, and thanks to its outstanding aerodynamics, low stance, flowing form and reduced weight due to its full-carbon-fibre body, the vehicle is designed to also meet the need to drive long distances.

Other technologies on the Nissan IDS Concept include Piloted Park that can be operated by smartphone or tablet, and wireless charging technologies. Through these, the driver can leave parking and charging to the car.