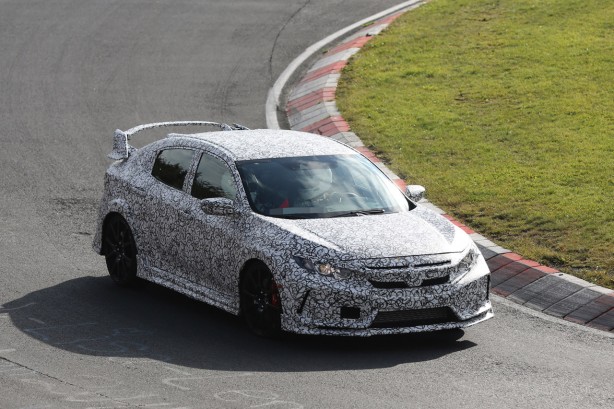 It seems like just yesterday Honda was raving about the Civic Type R’s Nurburgring lap time of 7:50.63, the fastest time ever recorded by a production front-wheel-drive car.

Now, the Japanese car maker hits the ‘ring again with a prototype of the next-generation Civic Type R, which is said to be even more powerful and deadlier than the current model.

Set to arrive in 2017, the new Type R will be based on the next-generation Civic sedan chassis and will get an uprated version of the 2.0-litre turbocharged VTEC engine used in the current Civic Type R hot hatch.

Expect the new version to see slight improvements to the already stratospheric 231kW/400Nm power figures of the current model.