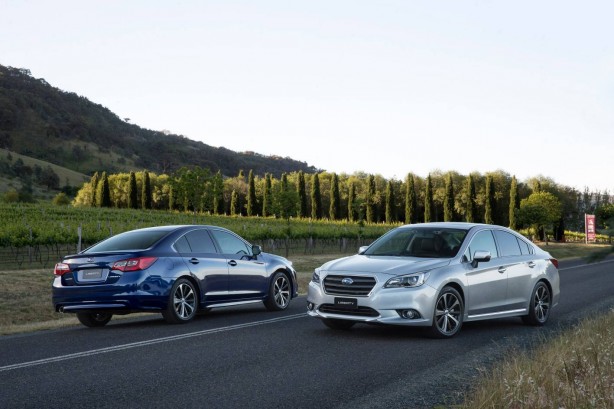 Subaru has launched its sixth generation Liberty midsize sedan with aggressive pricing and a long list of luxury features that the firm says will boost its sales by double.

Twenty five years after its Australian debut, the new Liberty offers new technology and refined engines in a much more stylish package compared to its predecessor. But the wild card this time is the sharp pricing, up to 25 percent less than the superseded car.

After taking in the wealth of customer feedback about the previous-gen Liberty in regards to its unimpressive exterior and interior styling, as well as the shortcomings of the car’s infotainment system, Fuji Heavy Industries, the maker of Subaru vehicles, says they have got the recipe right this time around.

The range-opening 2.5i CVT model costs $3000 less than the previous equivalent model, while gaining about $3000 worth of extra gear. The midrange 2.5i Premium CVT saw $4000 lobbed off its sticker and gained almost the same amount in added features.

To face off heavy competition from fellow Japanese rival Mazda, Subaru has chopped a whopping $14,000 off the top of the range 3.6R model, without skimming on equipment levels. 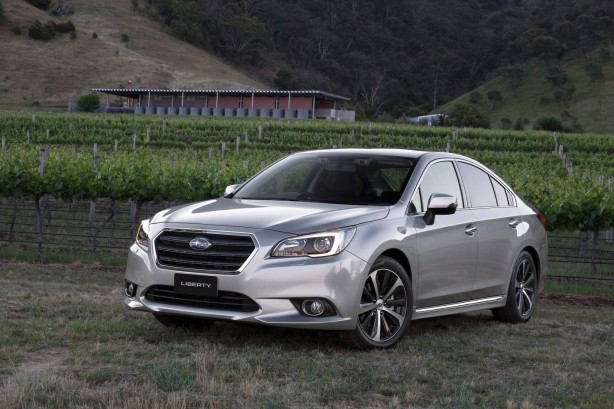 “After 25 years Liberty is reinvigorated with technology that hadn’t even been thought of in 1989,” said Nick Senior, Managing Director, Subaru Australia.

“Overlay that with wonderful Japanese build quality and design, including premium soft-touch interior trim and new Liberty promises to shine bright as a star in the Subaru constellation,” he added.

“The new infotainment system is a massive shift in Liberty to fully interactive technology. It takes both the driver and passenger experience to a whole new level in a Subaru. Other clever innovation includes the active grille shutter, which improves aerodynamic performance and, in turn, fuel efficiency.”

Priced at $29,990, the entry-level 2.5i model is motivated by a normally aspirated 2.5-litre boxer four-cylinder engine developing 129kW – two more than the previous version – and 235Nm.

All variants drive through a CVT (continuously variable transmission) and Subaru’s acclaimed symmetrical full-time all-wheel-drive system, which now includes Active Torque Vectoring. The system works by applying the brakes to the inside wheels during hard cornering, while distributing less torque to them, but more torque to outside wheels, thus improving cornering performance and vehicle steering response. 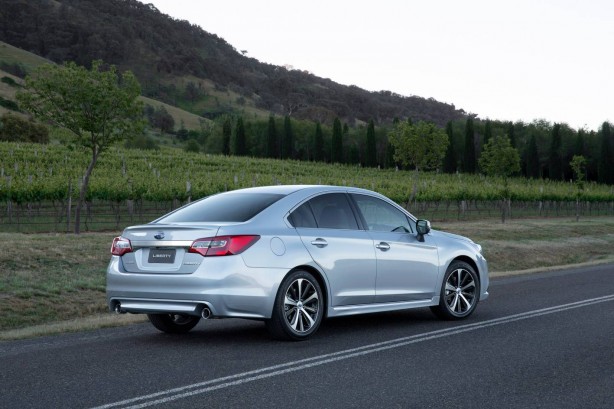 Fuel efficiency is also aided by a 10 per cent improvement in aerodynamic performance.

The interior of the new Liberty boasts higher quality materials, greater visibility and improved cabin space. There is the choice of a sporty black interior or a bright new ivory.
In the black interior, silver highlights are added as a base tone, creating a horizontal effect, with a firm, sporty and spacious feel. In the ivory interior, a sporty, bright effect is achieved, with the lower doors finished in black, in consideration of dirt.

Entry-level Liberty 2.5i features an instrument panel with shimmering silver geometric grain, while range-topping variants 2.5i Premium and 3.6R include high quality glossy black, with a sophisticated pattern on a jet black background.

Bands of decorative stitching are added to seat edges, highlighting the high quality finish in all variants. 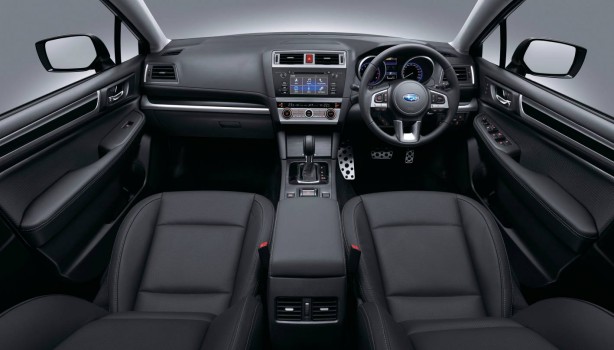 The new Liberty introduces weight-saving construction techniques for a lighter body, while chassis rigidity has been improved by 167 percent. Noise, vibration and harshness (NVH) levels have also been reduced. This is accompanied by retuned suspension for a quieter cabin and smoother ride.

Among the Liberty headlines: