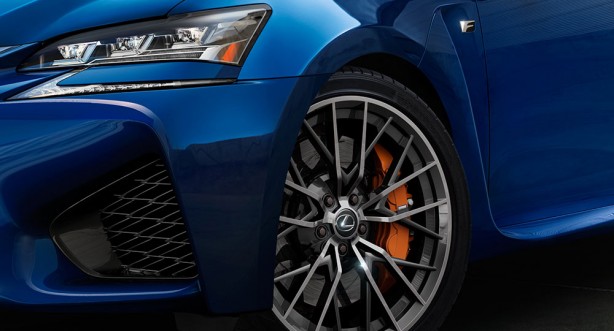 The images give a glimpse of the car’s front wheel fender and a top down view of the front headlight, highlighting familiar Lexus design cues such as the detached daytime running lights and spindle grille.

Six piston front brake calipers can also been seen acting on slotted rotors, while the usual F trademarks visible here include side air breather behind the front wheel arch and carbon fibre inserts in the front bumper air intakes.

The model is expected to be the long rumored and highly anticipated Lexus GS F, the Japanese luxury brand’s second F performance model that will complement the RC F coupe launched earlier this year. 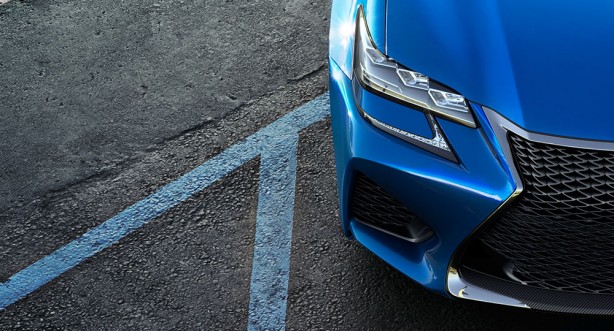 The Lexus GS F will likely carry over the 5.0-litre normally aspirated V8 from the RC F and take the fight to the BMW M5, Audi RS6 and Jaguar XFR.

Over the last 12 months, Lexus has been busy making final tweaks to the GS F, with several prototypes seen testing at the Nurburgring circuit in Germany. The performance focused midsize sports sedan will be punching out about 351kW and 530Nm to the rear wheels.