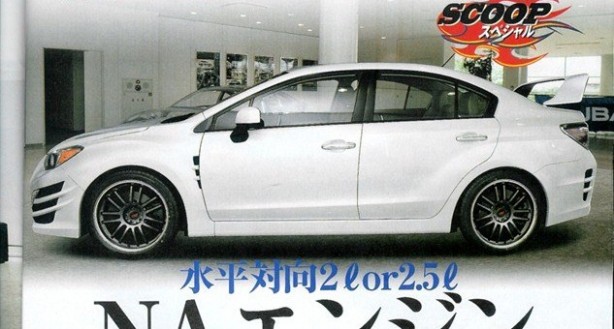 What you see here is potentially how the new 2014 Subaru WRX and WRX STI will look when it goes on sale early next year. Yes, we know it looks almost nothing like the Subaru WRX Concept that made its debut at the recent New York Auto Show, but Subaru is notorious for its pie in the sky concepts.

Although the styling isn’t as dramatic as the concept, we can see toned-down elements of the show car on these pictures published by an unknown Japanese car magazine, such as the vents on the front guards and rear diffuser. 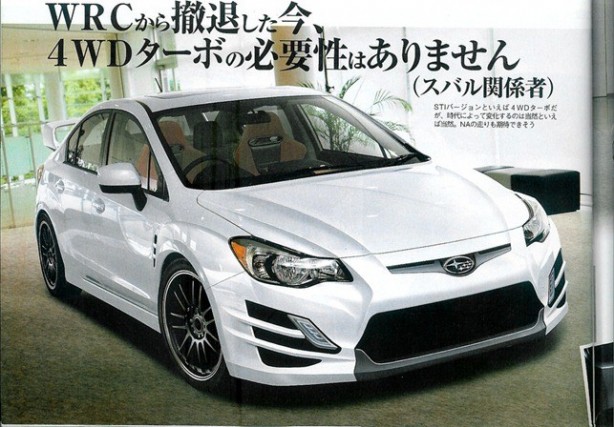 The lower air intakes, although smaller, are lifted almost straight out of the concept as well. The production car will likely to sport a grille similar to that on the concept. 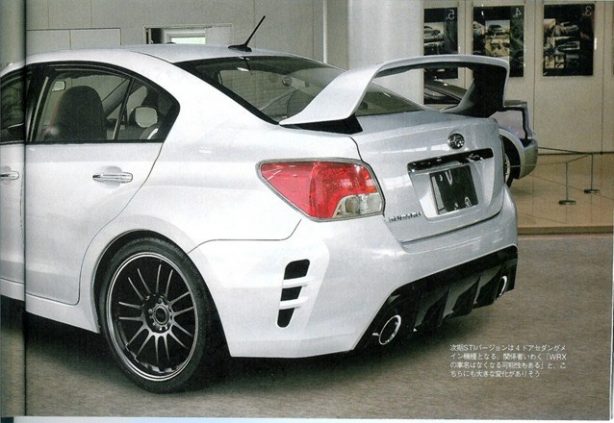 Although smaller in capacity, the 2.0-litre engine won’t deviate much from its current power output. This means the WRX should produce 195kW/343Nm, while the STI should churn out 221kW/407Nm. It will however benefit with improved fuel efficiency and a lighter curb weight. Subaru’s symmetrical all-wheel drive system will also remail.