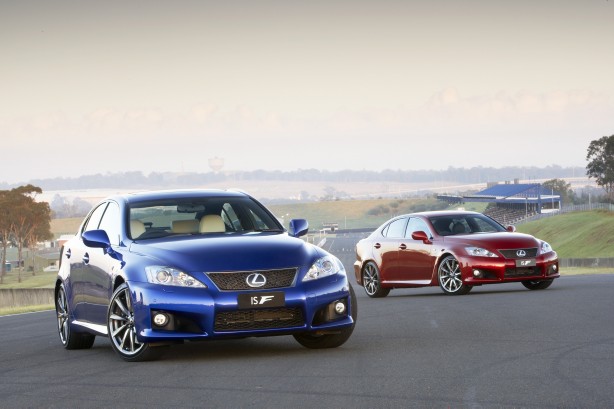 The Lexus IS-F has been a worthy alternative to the more established BMW M3 and Mercedes-Benz C63 AMG. Its beautifully tuned naturally aspirated 5.0-litre V8 is only a few tenths slower to 100km/h compared its Euro rivals, but is just as much fun to punt around the track.

However, it has been reported that like the M3, the next generation IS-F due in 2014 may ditch its big bore V8 for a smaller turbocharged V6 engine. It is too early to speculate on power figures, but the new sedan will need to match or exceed the output of its aforementioned rivals to remain competitive. The Japanese sports sedan currently generates 416hp (311kW/422PS) at 6,600rpm and 505Nm (371 lb-ft) of torque at 5,200rpm.

A Lexus executive recently admitted to Autoblog that replacing the IS-F’s V8 with a smaller turbocharged engine does have its advantages. While nobody from inside the company would confirm this, it is a big enough hint that Lexus is exploring this path.

However, as the company does not currently have a turbocharged powerplant, they may either have to develop one from scratch, or source one from another manufacturer. The Toyota and BMW collaboration signed recently comes to mind. Could the new IS-F be BMW-powered?