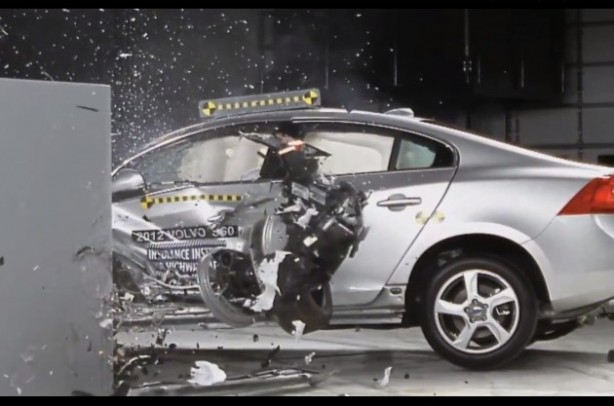 The Insurance Institute for Highway Safety (IIHS) in the US recently conducted a new crash test procedure, where instead of the normal 40 percent overlap with a 5-foot tall rigid barrier, cars are hurled towards the wall at 64km/h (40mph) with a 25 percent overlap.

The institute said the new test replicated common accidents that are killing motorists on the roads more accurately. There results were catastrophic for many manufacturers, including luxury vehicles, except for the latest 2012 Volvo S60. It has been given the highest rating of ‘good’.

Vehicles that have failed the new test include the BMW 3 Series and the Volkswagen Passat CC, both of which scored ‘marginal. Cars that have been rated as ‘poor’ include the Audi A4, Lexus IS250/350 and the Mercedes-Benz C-Class.

You can watch the crash test of the Volvo S60 below, as well as video of an overview of the new testing procedure.