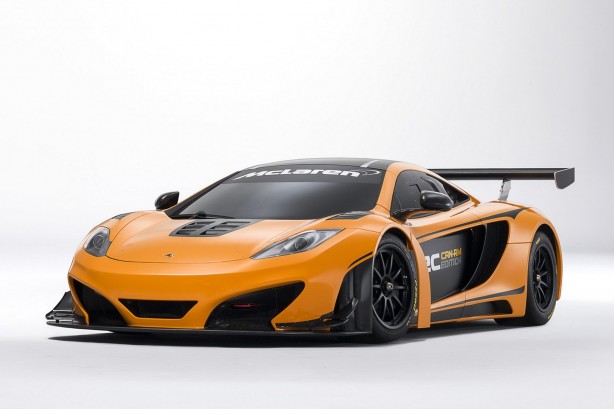 McLaren is set to take the spotlight at the upcoming Pebble Beach Concours in California this weekend when it brings out the most track focused MP4-12C yet. The British marque will reveal the McLaren MP4-12C Cam-Am Edition racing concept, the first supercar to be built by McLaren’s new racing production arm McLaren GT. 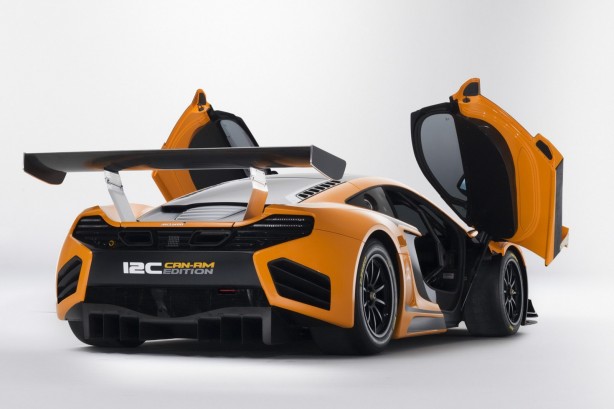 The 3.8 litre twin-turbo V8 powerplant is carried over from the standard car with it’s cooling system is improved and ECU recalibrated, allowing for a maximum power output of 630 horsepower.

The extensive use of carbon fibre body panels sets off a nice contrast with the MP4-12C’s trademark orange paintwork, a tribute to the cars of Bruce McLaren and Denny Hulme.

Inside, the stripped out interior is fitted with racing bucket seats complete with six-point harnesses, a race-spec roll cage and a removable steering wheel with the shape and grip derived from Lewis Hamilton’s F1 grand prix car.