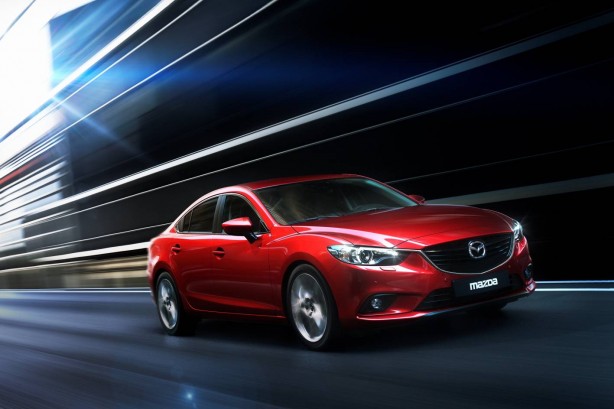 The all new Mazda6 sedan will make its world premiere at the 2012 Moscow Motor Show. The new flagship will be the second of a new generation of Mazda vehicles to adopt the full range of SKYACTIV technology and the “Kodo – Soul of Motion” design language.

At the front, it now incorporates Mazda’s ‘signature wing’ family face design. And for the first time on a Mazda, the headlights features a halo ring and LED daytime running lights to give the car a distinctive look. 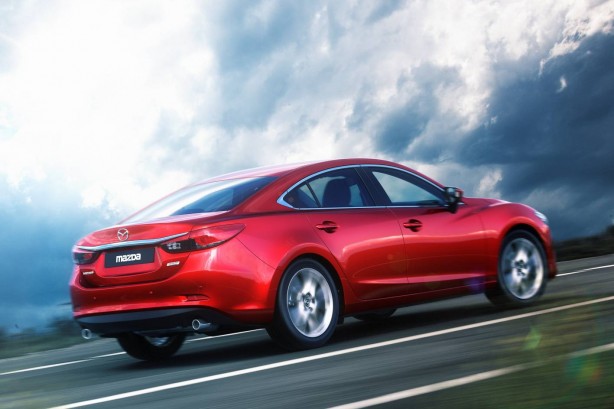 The new Mazda6 sits on a 2,830mm long wheelbase, 105mm longer than the current model. The front wheel has been moved forward by 100mm in relation to the A-pillar, resulting in reduced overhang. It is also more spacious inside with better leg, head and shoulder room.

A range of new SKYACTIV engines will be on offer, including both petrol and diesel. The Russian market vehicle boasts the following engine line-ups: 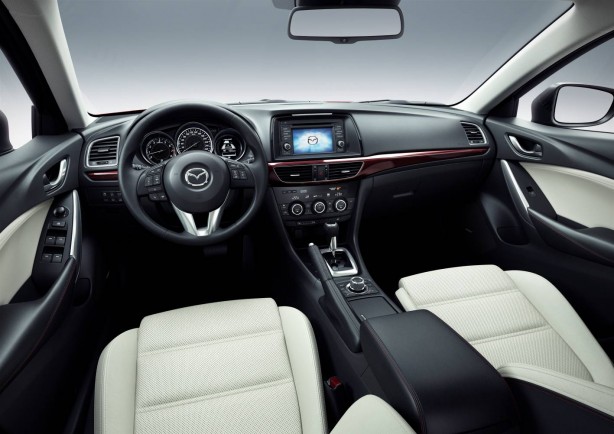 The new Mazda6 features the company’s i-stop idling stop system, which restarts the engine in a class-leading 0.35 seconds, as well as the i-ELOOP brake energy regeneration system which begins charging a capacitor the moment the accelerator pedal is released. It also also promises to offer better driving dynamics.

The 2013 Mazda6 will go on sale worldwide starting late 2012. Australian pricing and specifications will be released closer to local launch date.