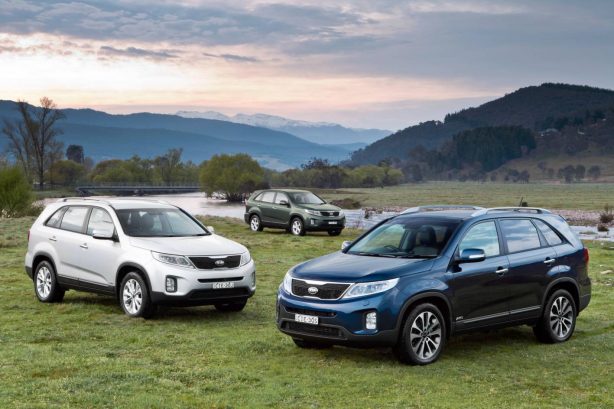 Sporting the Korean brand’s latest corporate face, the 2013 Kia Sorento has been given a decidedly more premium look than the outgoing model that has been on the market since 2009. While the SUV’s profile is largely unchanged, careful attention to surfacing detailing has cut the new Sorento’s aerodynamic drag to Cd 0.34. It also sits 10mm lower compared to the old model, although other external dimensions are unaltered.

At the front, the new front grille is flanked by a pair of headlamps that incorporate LED daytime running lights, while a new tailgate with reshaped LED combination lamps (on SLi and Platinum models) rounds up the makeover at the back. 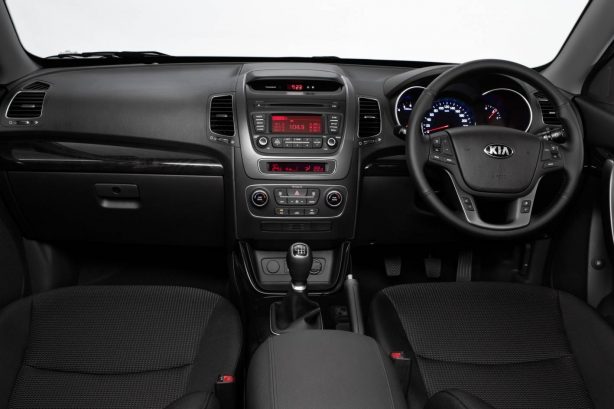 In the cabin, there is a new centre stack featuring a large display screen, and a dash layout reminiscent of other recent Kia’s.

Most models also get a rear-view camera with a 130o wide-angle lens and air-conditioning with individual controls for the third row, bar the entry-level Si. 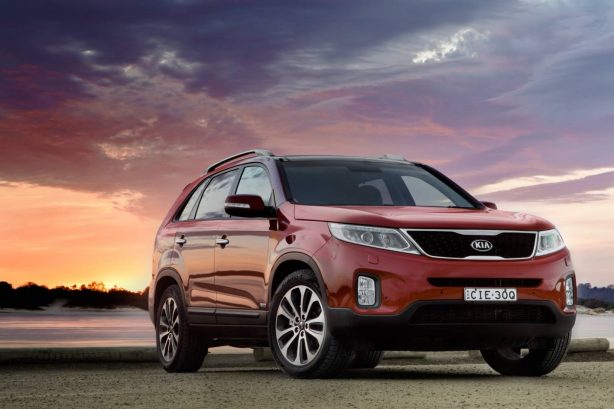 Unlike its closely related relative, the Hyundai Santa Fe which is available only with 4-cylinder engines, the Kia Sorento is offered with a choice of a 204kW 3.5-litre petrol V6 with 335Nm of torque, or a 145kW 2.2-litre 4-cylinder turbodiesel with 421Nm of torque (436Nm when mated with the optional 6 speed automatic).

Every upgraded Sorento model features a six-speed transmission (manual or automatic), while buyers are offered a choice of 2WD (front-wheel drive) for petrol and four-wheel drive for diesel. The former comes with a 60kg weight advantage as well, which translates to better fuel efficiency.

Kia Australia is also happy to boast that the Sorento has undergone extensive local ride and handling tuning, as well as a stronger structure and better NVH suppression.