One of the most important motor shows in North America has just opened and there are a slew of new launches. And it seems the theme is green machines.

First up, the biggest car maker on the planet, Toyota, has expanded its Prius family and launched 2 new production models, the Prius v and Prius Plug-In Hybrid. There is also a concept called Prius c Concept.

The Prius Plug-In Hybrid is claimed to be able to provide emission free motoring for up to 21km. 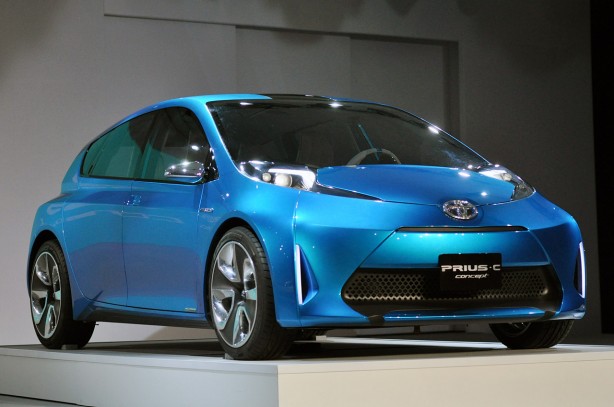 First up, the biggest car maker on the planet, Toyota, has expanded its Prius family and launched 2 new production models, the Prius v and Prius Plug-In Hybrid. There is also a concept called Prius c Concept.

The c Concept will be years away from reality, but Toyota’s planners see this as an inspiration for a future small entry-level hybrid, with the ‘c’ representing “city”. In a few years time, the current Prius as we know if would grow to a medium size car and Toyota need to fill the void left by the car.

Toyota hopes that the urban runner will appeal to young singles and couples who want an eco-sensitive, high-mileage and fun to drive Prius (if they could indeed give us the last bit).

Design wise, the car is modern and edgy, with a wide stance. The rear door handles are integrated into the upper frame of the door ala Alfa. The trademark wedge shape of the Prius has also been toned down giving the 4-door hatch a better proportion, not dissimilar to the Lexus CT200H.

The c Concept is due to join the growing Prius family in the first half of 2012. 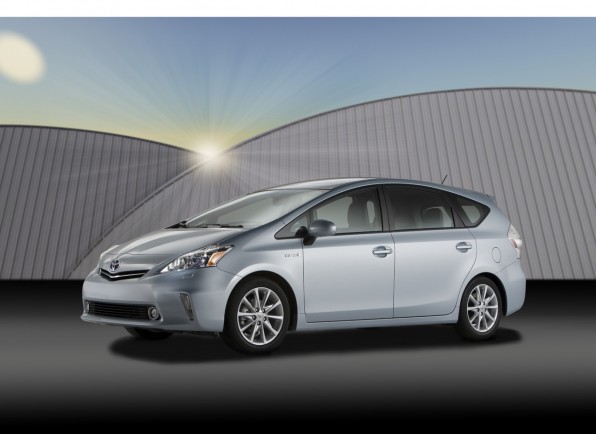 The ‘v’ in the Prius v stands for “versatility”. This hybrid MPV sits on the same platform as the normal Prius and does not sit more than 5. It even shares the same drive train as the Prius. However, it offers over 50% more cargo space than the normal Prius.

Toyota says the ‘v’ is a new vehicle designed from the ground up, with a shape and style that is an evolution from the current Prius, rather than an elongated version of it.

Design wise, from the front, you could tell it is a Prius. While at the back, it has a conventional hatch, with a specially designed roof spoiler that improves air flow.

Inside, interior space is certainly up, with improved occupant to occupant distance, especially fore-aft, and cargo space. The dash retains the general Prius layout with the main difference being a more prominent centre stack.

At this stage, the Prius v is a US only proposition with sales starting in the northern hemisphere summer.

It will also be offered with Toyota’s latest infotainment system called Entune, which offers a richer in-vehicle experience with fully integrated and wireless upgradable navigation, entertainment and information services.