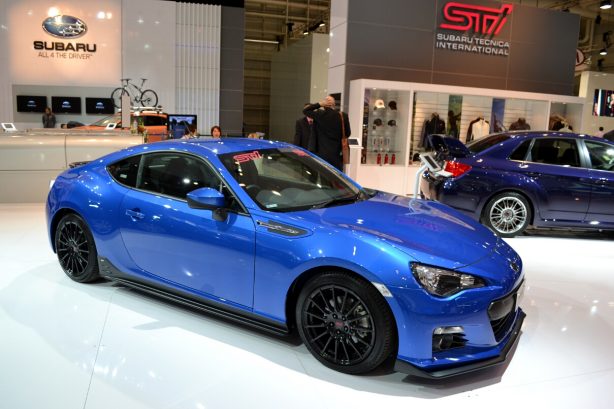 Although the Subaru BRZ is a highly capable sports car, die-hard fans were let down when the Japanese company, which builds its name on turbocharged all-wheel drive vehicles, offered the car solely with a naturally aspirated engine.

However, that could be changing soon if a recent Automotive News’ report is right. According to the publication, Subaru is developing a new turbocharged 2.0-litre direct-injection four-cylinder engine. It will reportedly feature a twin-scroll turbocharger which will boost power from 149kW (209hp) to 209kW (280hp) and torque from 205Nm (151 lb-ft) to 339Nm (250 lb-ft).

Subaru hasn’t officially confirmed or denied the report, but the company recently showed the Subaru BRZ STI concept body kit (shown above) at the 2012 Australian International Motor Show. The new engine will quite possibly make its way to that car in late 2013 or early 2014.

It is unknown if the BRZ’s twin, the Toyota 86 will offer a similar high performance alternative.