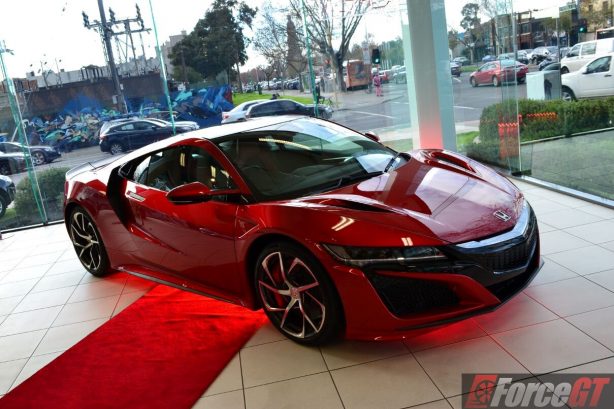 Introduced in 1990, the original Honda NSX was a groundbreaking supercar. It was the world’s first road car with an all-aluminium monocoque body, its shell was 50 per cent stronger than the Porsche 911 of the time and its 8000 rpm 3.0-litre V6 engine features titanium connecting rods – a world’s first.

The original NSX was the world’s first everyday supercar and it prompted Ferrari and Porsche to lift their game. Production went on for a good decade and a half, and the last of the original NSX was sold in Australia for just over $250,000 plus on-road costs back in 2002.

Now, there’s a new one. The all-new second-generation Honda NSX rolled into Melbourne just days ago and it’s the first right-hand-drive NSX in the country. Yarra Honda in Melbourne’s inner east is the first Honda dealership in Australia to secure the new NSX and we were given first opportunity to be up close and personal with the supercar. 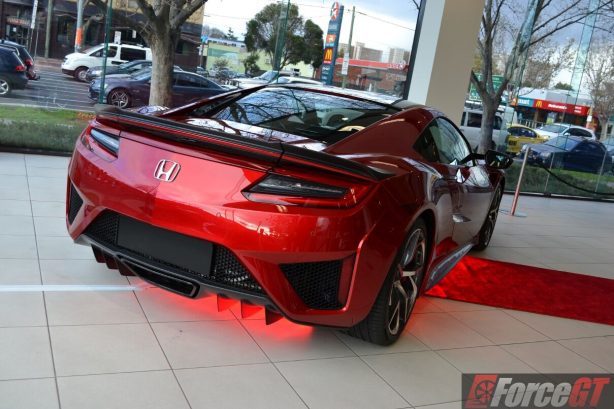 The nose is low and sharp, like it’s ready to pierce through the air. The bonnet and front fenders are punctured with air vents to extract air collected from the front bumper intakes.

Down the side, the wing mirrors are slim. The side intake and floating C-pillar collect air to feed the mid-mounted engine and direct airflow over the rear deck to increase downforce.

At the rear, vents on the rear bumper extract hot air from the engine while the lid spoiler and deep rear diffuser keep rear turbulence in check. 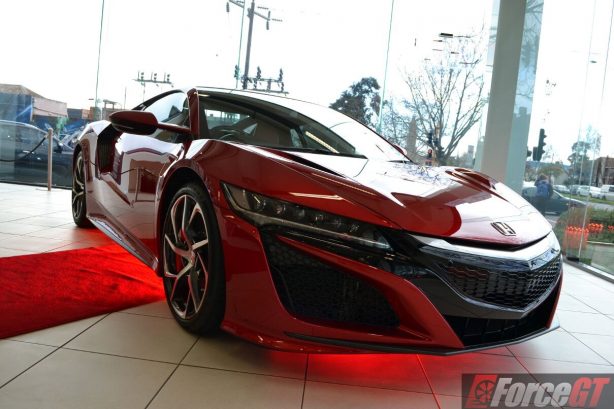 Looking remarkably similar to the concept first shown in 2012, the new NSX looks properly aggressive with low and wide proportions married to modern and alluring surfacing, though not a single design element connects the new car to the original.

Inside, the NSX is proper supercar business, too. Aluminium, Alcantara, leather and carbon fibre, they are all there. You sit low and tight in the superbly comfortable and supportive sport seat, wrapped around in a finely crafted cockpit. Like its predecessor, forward visibility is excellent for a supercar, thanks to the thin A pillars (a Honda trademark). But unlike its forebear, which didn’t have C pillar, rearward visibility in the new car isn’t as good. 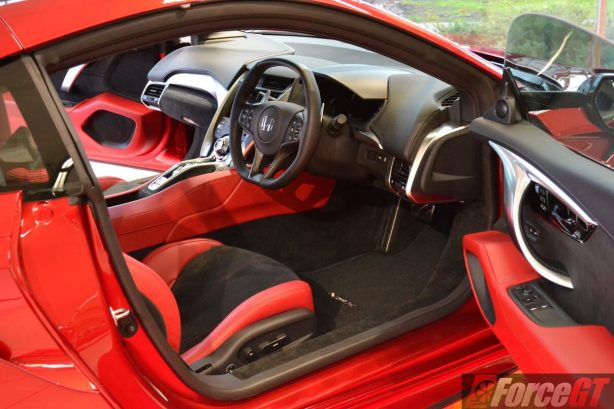 Like any self-respecting 21st century supercar, the instrumentation panel is all digital, dispensing crisp graphics right in front of  the driver. A centre dial below the infotainment touchscreen allows the selection of different driving modes – Quiet, Sport, Sport + and Track – and the digital cockpit changes depending on the mode selected (below).

The centre touchscreen is largely intuitive, though it looks too similar to the ones used in mainstream Honda models.

Powering the NSX is an all-new power unit — a twin-turbocharged 3.5-litre 75 degrees V6 engine with race-inspired compact valve train and dry sump lubrication to keep centre gravity low. The new powerplant is paired with a 9-speed dual clutch transmission (DCT) and three-electric motor Sport Hybrid system — two individually driving each front wheel and one in the back supplementing the engine, which powers the rear wheels.

The result is an all-wheel-drive system managed by the company’s renowned Sport Hybrid Super-Handling All Wheel Drive system (Sport Hybrid SH-AWD), integrated in an ultra-rigid and lightweight multi-material body with world’s-first material applications and manufacturing processes. 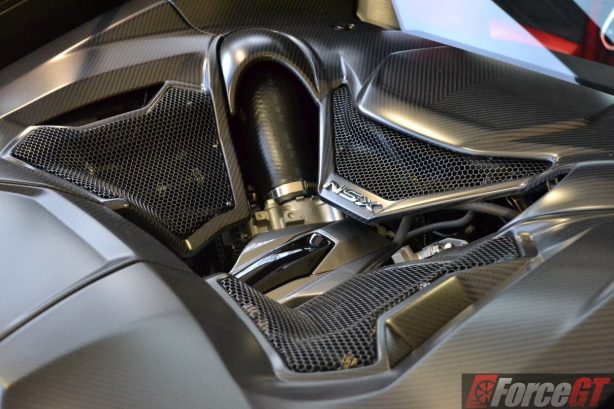 To accommodate the new longitudinally mounted twin-turbo V6 and 9-speed DCT, the production vehicle was slightly lengthened and widened with a slightly more cab-forward package, compared to the proportions of the NSX Concept. 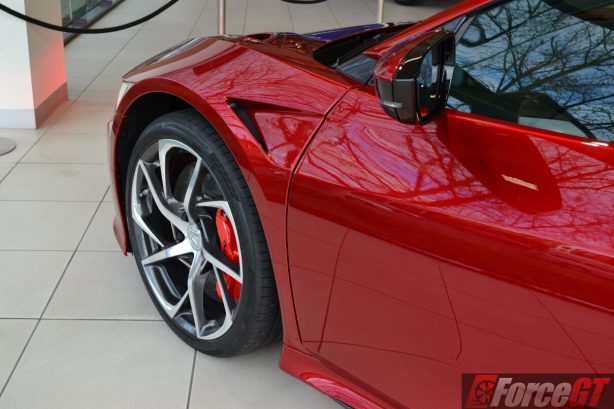