First allocation of 2016 Ford Focus RS sold out in Australia 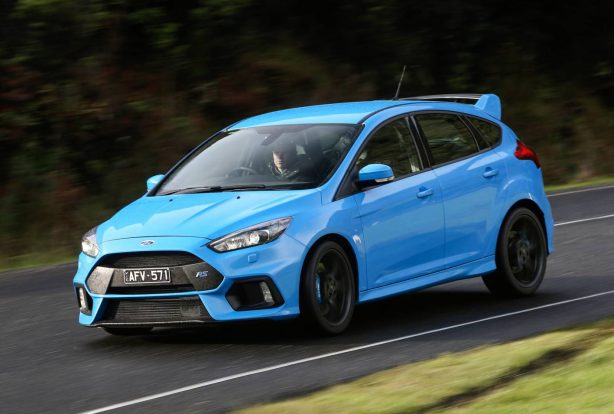 The sizzling hot 2016 Ford Focus RS is now officially on sale in Australia. More powerful and advanced than ever before, the RS is also cheaper than its predecessor. But the bad news is, the first shipment has already been sold out.

Priced from $50,990 plus ORC, the all-wheel drive hot hatch is equipped with an all-alloy 2.3-litre EcoBoost four-cylinder engine boasting a twin-scroll turbocharged to generate a potent 257kW and 440Nm of torque. An additional 30Nm is also available for up to 15 seconds on transient overboost during hard acceleration. 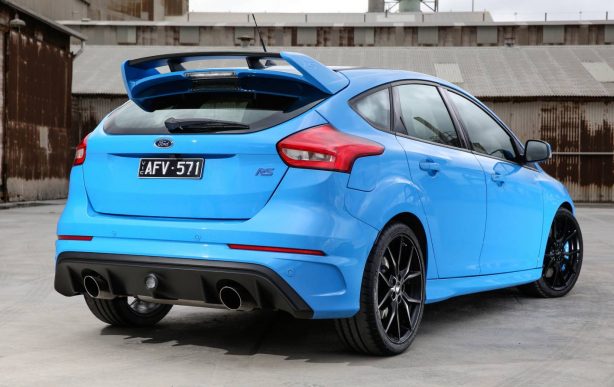 The EcoBoost engine itself shares its backbone – including block, crankshaft and therefore 2261cc capacity – with the 2016 Ford Mustang EcoBoost. Produced in Valencia, Spain, especially for the Focus RS, it is said to have been significantly reengineered to deliver not only more power and torque, but a sharper acceleration response backed with a cack-and-burble from its larger exhaust system on lift-off.

The Focus RS is offered exclusively with a 6-speed manual transmission paired with a Focus first all-wheel drive system. The sophisticated AWD system comes complete with Dynamic Torque Vectoring that not only splits its torque front-to-rear, but also side-to-side. 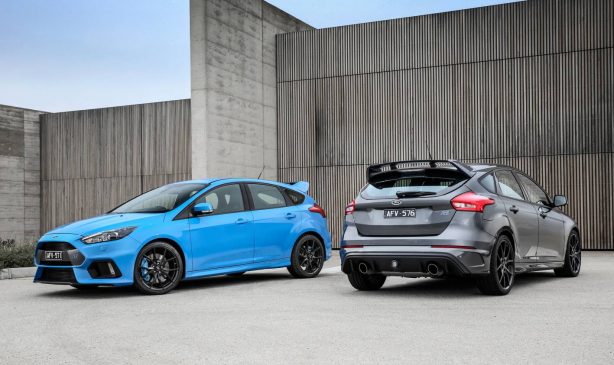 Inside, as befitting its hot hatch status, the heavily-bolstered Recaro sport seats are the centrepiece of the cockpit. There’s also a flat-bottom steering wheel and Ford’s SYNC connectivity system.

According to Ford Australia, the first allocation of more than 300 Focus RS’s has already been spoken for, with the company working on securing further stocks from the Saarlouis, Germany factory.