The Lexus ES used to have the unenviable reputation of being a tarted up Toyota Camry, and to some degree, it still is. However, that changed in 2013 as the separation became more significant and apparent, as the ES went through a growth spurt that saw it grew in size and luxury compared to the Camry.

While it’s relatively unlikely that anyone considering a Camry might cross shop against the more expensive ES, what about the other way round? Should ES buyers trade the leather lounges and barista made lattes in a Lexus showroom and mingle with the high-vis clad tradies of a Toyota dealership?

After all, the savings are not insignificant with at least $18,800 separating the cheapest Lexus ES against the most expensive Toyota Camry hybrid. 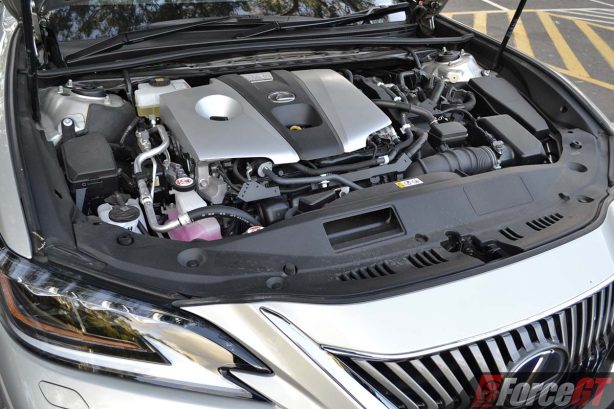 Both are equipped with the same 2.5-litre direct-injected in-line four-cylinder petrol engine producing 131kW and 221Nm coupled with an 88kW electric motor for a combined output of 160kW and 221Nm of torque.

Will the argument stack up? Let’s find out…

Despite sharing the same TNGA platform with the latest Toyota Camry, the Lexus ES is bigger all round except in height, where both models stand 1,445mm tall. That means the ES offers more passenger room as well as a bigger boot.

The ES also comes standard with a massive 12.3-inch display screen compared to the Camry’s meagre 8.0-inch display. The graphics though are similar on both models, which takes the shine off the ES a little given its premium positioning.

But the main reason to pay more for the Lexus ES 300h is for the wider range of standard safety kit.

The Sport Luxury also brings features that are unavailable on the Camry such as a 360-degree camera and matrix LED headlights.

Finally, there’s those lattes and leather lounges, not to mention free loan cars and Lexus’ excellent level of customer service, which is almost unmatched by other manufacturers, including Toyota.

Value is the name of the game. As mentioned before, the top of the range Camry SL hybrid is nearly $19,000 cheaper than the ES 300h Luxury.

Besides being far less expensive to buy, the Camry is also much cheaper to run, thanks to Toyota’s capped price servicing which costs just $195/service for the first four years or 60,000km.

Meanwhile, Lexus does not offer any capped price servicing, so expect to pay a lot more than $195/service.

Inside, we find that despite its smaller screen size, the Camry’s touchscreen infotainment system is more pleasing to use compare to the ES 300h’s tedious Remote Touch control pad.

What about the driving and ride comfort? 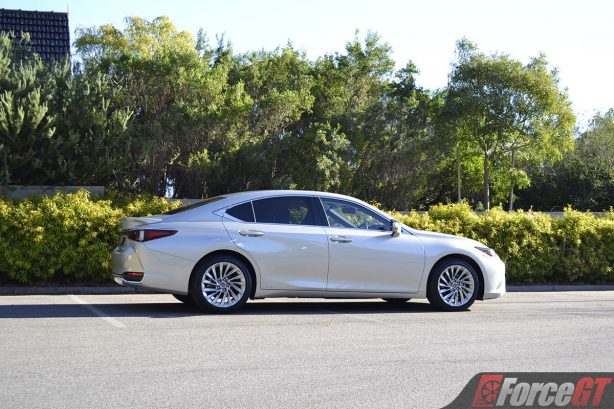 Here, you will find the more you pay, the better it gets especially in ride comfort. Lexus is known for its plush ride and the ES has almost LS level of ride quality, ironing out all but the nastiest of road pimples with aplomb.

It’s also incredibly quiet, with hardly a whisper of wind or road noise. That’s not to say the Camry hybrid is noisy. Far from it, it’s one of the most refined in its class but it pales next to the ES 300h’s vacuum like silence.

When it comes to driving, both are neck-to-neck in the way they handle, which is relatively good.

The TNGA platform, of course, is a good start. With a lower centre of gravity than ever before, you feel the road better in both cars. The steering is direct, if a little aloof, and the tyres offer excellent grip.

The hybrid powertrain is smooth and the transition from electric only to petrol-electric is almost imperceptible.

There’s no doubt the Lexus ES 300h is the better car, but is it $19,000 better than the Camry? On paper, it’s a resounding no as you get very similar driving experience.

However, what’s harder to quantify is the ‘Lexus experience’. You immediately feel like a VIP when you walk into a Lexus showroom and their customer service is consistently rated one of the best in the industry. It’s an economy class versus business class argument.

If your wallet is deep enough, why not?!