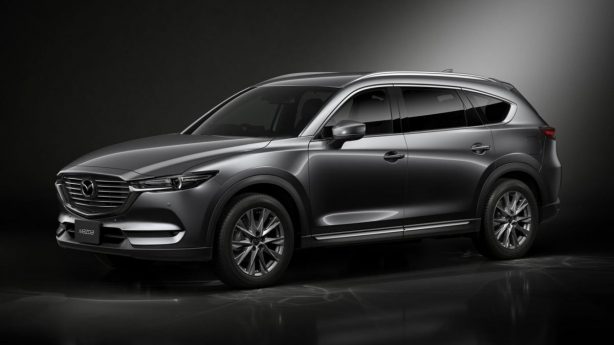 Mazda has introduced the updated 2020 CX-8 seven-seater SUV at the Tokyo Motor Show today. Going on sale in its native Japan next month, the refreshed CX-8 gets added equipment, a more refined cabin and extra sound dampening.

The third row of seats now have access to USB ports, while a powered panoramic sunroof is now available as an option. Refinement of the seven-seat cabin is further improved with extra damping for the roof to reduce the sound of rain. 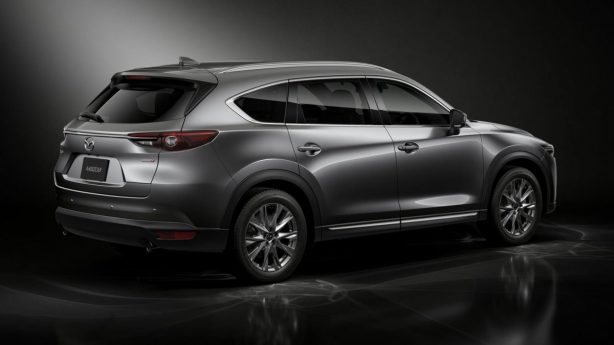 In the rear cargo area, the storage space underneath the boot floor is now big enough to accommodate a pop-up sunshade lying flat, while smarter packaging has resulted in an overall bigger boot which can now fit four carry-on luggage bags.

To appeal to fleet and limo operators, a new CX-8 special edition model called the Exclusive Mode is added to the range. It replaces the second-row bench seat with two captain seats separated by an armrest-equipped console. The business class-like seats offer power sliding and reclining, as well as seat ventilation for the first time in a Mazda. 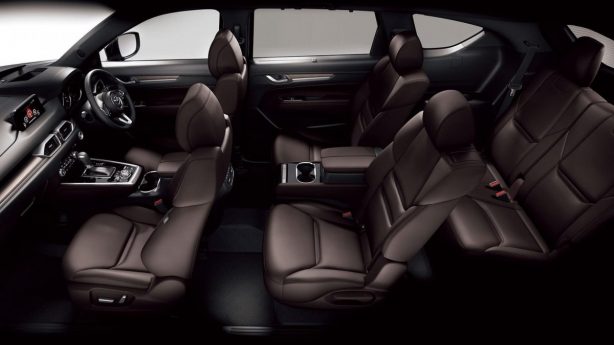 In Japan the CX-8 is available with two petrol engine options, the 2.5-litre Skyactiv-G 2.5 and the turbocharged 2.5-litre Skyactive-G 2.5T. Both powertrains can be paired with either front-wheel or all-wheel drive.

AWD models feature the newly developed Off-Road Traction Assist. This system works with the traction control system to optimise traction whenever the system detects that one or more wheels are stuck in mud or sand.

The new Mazda CX-8 is expected to launch in Australia in early 2020.