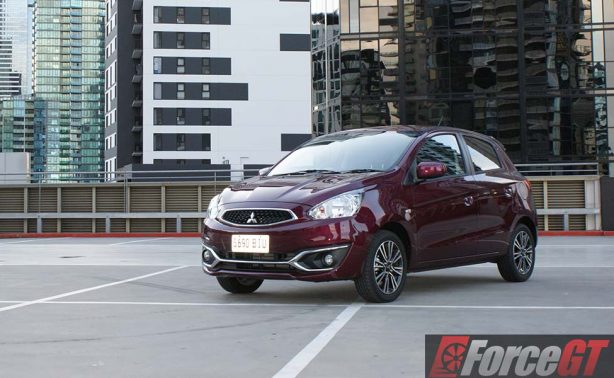 Three years on from its local introduction, Mitsubishi has given its baby 2016 Mitsubishi Mirage a makeover.

A sedan body style is also available for an extra $2,250. All variants are equipped with a carried over 57kW/100Nm 1.2-litre three-cylinder petrol engine. 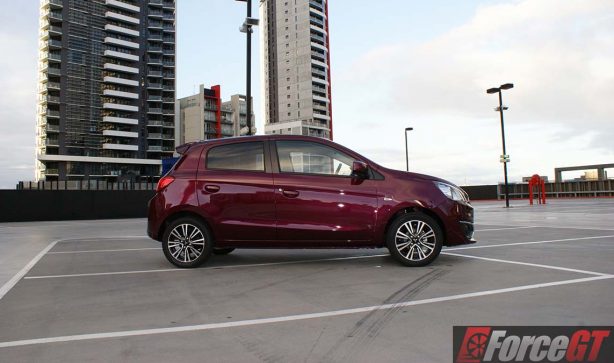 With the 2016 refresh, Mitsubishi has given its city car a new grille with chrome accents, along with a more aggressive bonnet, while at the back, the small hatch features a tweaked bumper.

Over the base variant, the LS gains front fog lamps, privacy glass, a set of two-tone 15-inch alloy wheels and a rear roof spoiler. 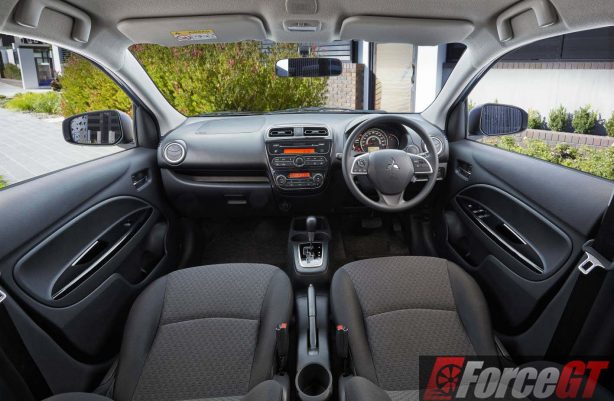 Inside, the design is both clean and cohesive with a black colour scheme used throughout. There are new higher grade fabrics for the seats and chrome accent on the audio panel (ES). Like most in its class, the hard plastics are carried over, although it is broken up nicely by piano black accents on the LS.

Despite its small stature, there is enough room to fit 5 occupants, although it might be a bit of a squeeze. With 4 well sized adults, there is plenty of room and is more than comfortable for longer trips.

The Mirage isn’t fitted with reversing cameras or sensors. However, visibility is great and its small size makes parking a cinch.

There is a reasonable 235 litres of boot space, but is still less than the Suzuki Celerio’s 254-litres. Folding the rear seats down increases it to 600-litres. 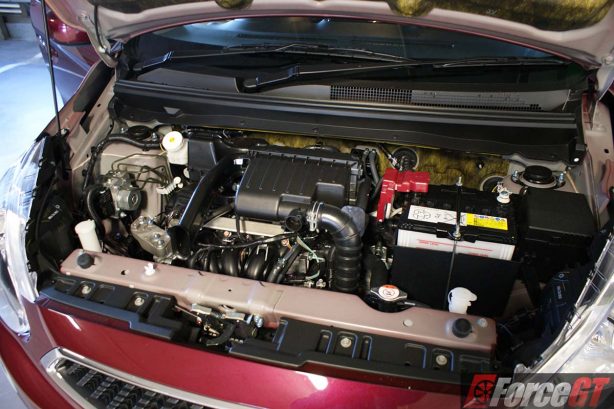 The Mirage’s 1.2-litre three-cylinder petrol motor is definitely the low point of the vehicle. While adequate for punting around town, it takes a fair bit of throttle mashing to get up to speed, especially when fully loaded, by which point the cabin is flooded with engine noise.

The CVT is decent in traffic. For the most part, it is fairly smooth but is slightly hesitant on take-off. 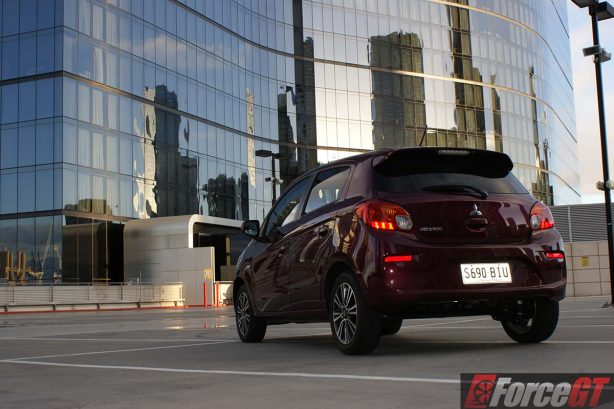 The electrically assisted steering on the new Mirage has been retuned and while it improves response and reduces effort when manoeuvring, the steering lacks feedback.

Ride comfort is suitably soft for this type of vehicle and road noise is kept at a minimum thanks to the Mirage’s new front suspension top mounts. The dampers have also been retuned for the latest Mirage; however, body roll is still ever present while cornering. 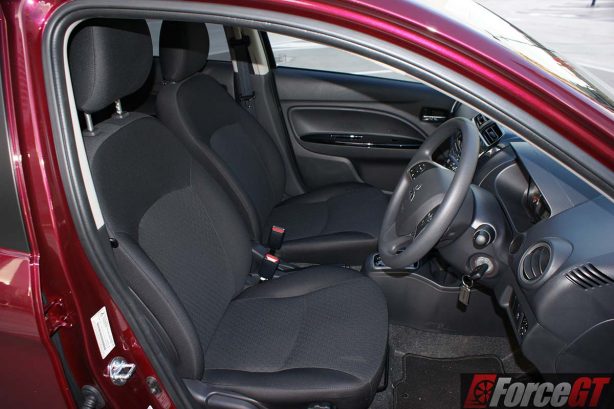 The interior is made mostly of hard plastics, but that’s typical for this segment and price range. The LS is slightly more upmarket inside with the dashboard trims painted piano black, along with a urethane steering wheel, leather shift nob and chrome door hands.

All the panels are well aligned, while the doors have a hefty feel to them, giving you a sense of quality.

Officially, Mitsubishi claims the Mirage will achieve a combined fuel economy of 4.9L/100km. This is rather optimistic as after a week of everyday city/freeway driving, the Mirage returned 6.5L/100km.

Nevertheless, with its 35-litre fuel tank costing less than $40 to fill (at current petrol prices), I could see a around 540km’s range based on my economy. Not too shabby.

The Mirage’s Capped Price Servicing has also been reduced by $270 over the four-year servicing period, with each service costing no more than $230. Service intervals are 15,000km or 12 months, whichever comes first. 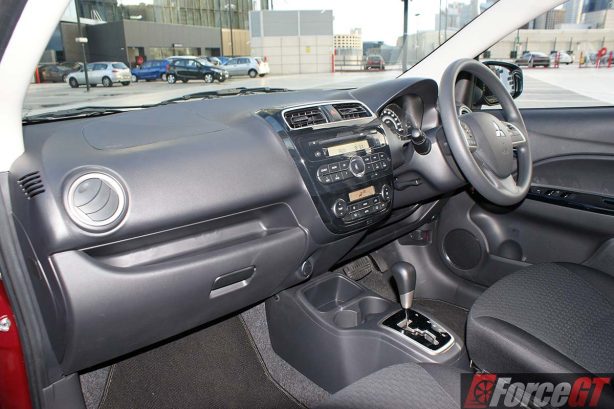 The entertainment system is really quite basic. It features a AM/FM radio, a CD player, USB/Aux input and Bluetooth. There are also radio/phone controls embedded into the steering wheel. The LS comes fitted with 4 speakers instead of the two found on the base ES variant.

The 2016 Mitsubishi Mirage is well equipped and represents great value for money.

Other than the wishful fuel economy and underpowered motor, Mitsubishi’s good reliability track record and its cheap running costs make it a great daily commuter.