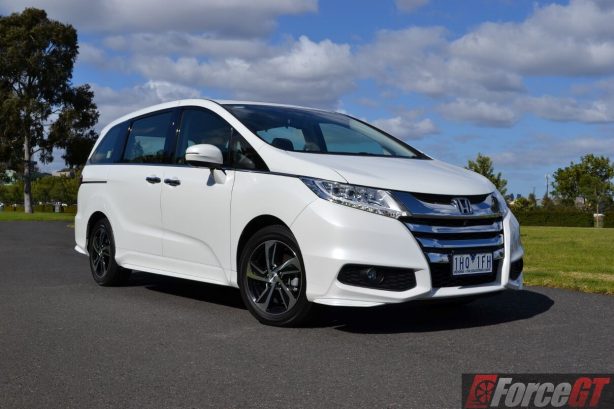 The Honda Odyssey was once a cool people mover that didn’t quite look like one. The latest fifth-generation, however, has dropped its predecessor’s low slung lines for a taller van-like styling theme.

If you happened to overbreed, this can only mean good news. The Odyssey is available for the first time with either seven or eight seats, and now boasts the largest cabin space in its history. It IS now a proper people mover.

The Odyssey is available in two variants – the base VTi and more luxurious VTi-L priced from $37,610 and $46,040 respectively – both featuring a 2.4-litre DOHC i-VTEC engine producing 129kW at 6,200rpm and 225Nm at 4,000rpm. It drives the front wheels via a Continuously Variable Transmission (CVT) automatic with paddle shifters.

It may look like a big box on wheels but Honda has managed to keep it modern and appealing.

Although the sleek silhouette of its predecessor is now gone, it’s positive to see the new styling adopts sharper lines and a much bolder front fascia with a prominent grille. The upper-spec VTi-L model even has the sort of ‘VIP’ look from the front with that oversized chrome grille and chunky bumpers.

Those who are concerned about the manoeuvrability of a large people mover around tight shopping mall car parks will find the Odyssey’s relatively smaller footprint a lot easier to manage.

With a vast glass house and high seating position, all round visibility is excellent. 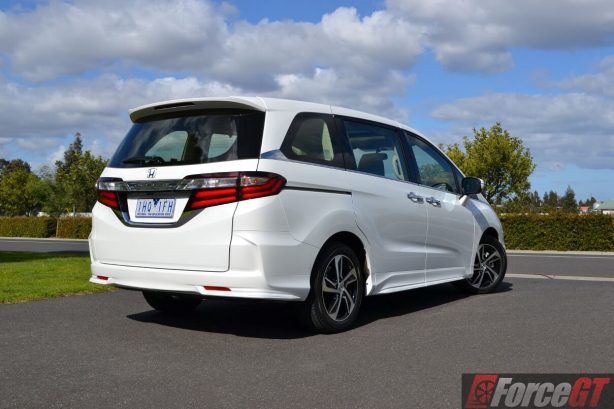 The new Odyssey has gained 150mm in height all in the name of better practicality. That’s not all, Honda engineers have completely redesigned the existing platform, chassis structure and under floor layout to create an ultra-low platform. The result is a vast cabin with ample of leg and headroom for the first and second row seats.

At the back, the space saver spare tyre has been moved from the boot to under the front passenger seat to free up a sizable 330 litres of extra cargo space behind the third row seats.

Seating configuration for the eight-seat Odyssey VTi is two-three-three, while the VTi-L is seven-seat arranged in two-two-three format. The latter has two large standalone second row seats which can be reclined by up to 740mm, much like business-class airline seats.

Regardless of which variant you choose, the seats are superbly comfortable for long trips.

There are plenty of useful storage compartments around the cabin, including a flexible storage area underneath the centre console that can be extended out to store various items. The absence of a centre stack between the front seats creates a flat floor for items like a handbag or cool box.

Elsewhere, the ground height of the second row stepin was made as low as 300mm, which translates to easy entry and exit. 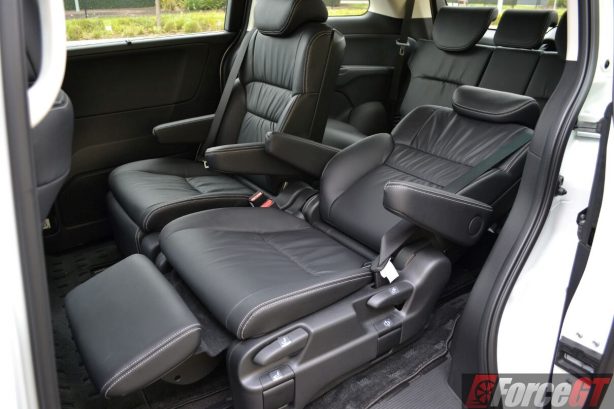 Equipment levels are generous across the range but if you are willing to fork out more, the premium VTi-L is packed to the brim. Both models get standard features such as daytime running lights, reverse camera, power sliding passenger side rear door, cruise control and 7-inch touchscreen with HondaLink, which basically integrates your smartphone to the screen. Several downloadable special apps including navigation and audio streaming can be linked and operated through the touchscreen.

5 Things That Don’t Quite Stack Up

The 129kW/225Nm 2.4-litre i-VTEC engine is now paired with a more efficient CVT which replaces the 5-speed automatic in the old model. All is well until you load the Odyssey with 7 adults and their luggage, at which point the car will struggle to keep momentum. 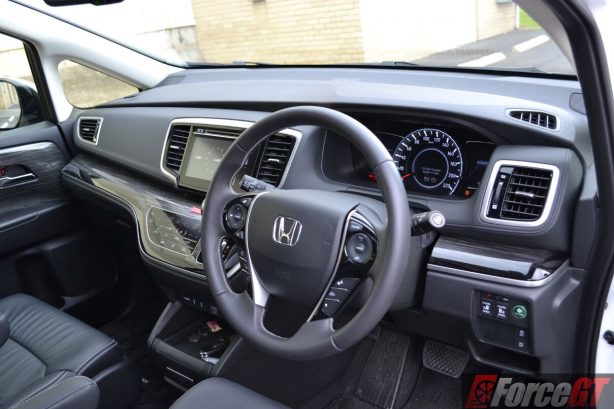 A torsion beam suspension replaces the previous model’s excellent double wishbone set-up at the rear to free up more interior space and save cost.

The downside is the new Odyssey just isn’t soaking up bumps and ruts as well as you would have come to expect from a people mover. The ride, especially in the rear, is lacking the kind of suppleness its forebear possessed.

The only buttons you can find in the centre console are the ones for the engine start/stop (VTI-L) and hazard light. There are no knobs and touch sensitive buttons are used for everything from climate control to volume adjustment. While this creates a neat looking dashboard, operating the instruments often require you to take your eyes off the road and see where your finger is positioned. 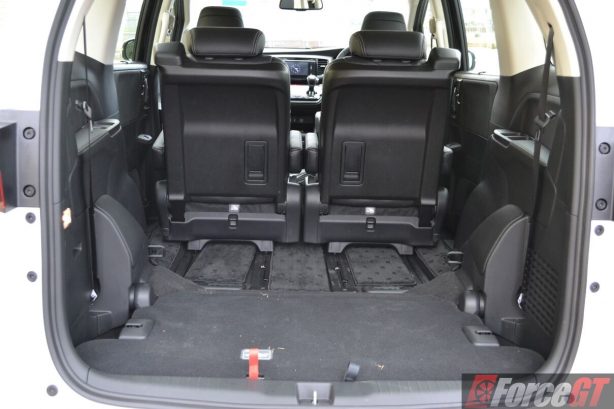 The 7-inch touchscreen infotainment system isn’t the most intuitive system we have come across as it takes a bit of digging to find certain functions and menus. The interface is also starting to look rather dated.

The Honda Odyssey is a viable option for those who want to move a lot of people or cargo in the most efficient way. With pricing starting from sub-$38k, the Honda also undercuts more expensive rivals including the Toyota Tarago, Kia Carnival, Chrysler Voyager and Citroen C4 Picasso.