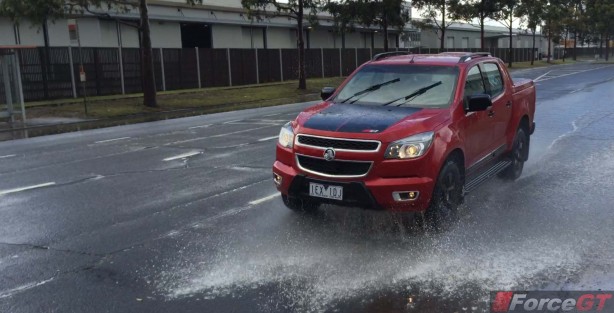 The Holden Colorado Z71 is General Motor’s endeavor to enter the family/recreational market alongside the already very popular Ford Ranger Wildtrak. Don’t be fooled by the heated leather seats and touch screen display, as it proves itself to be a more than capable workhorse.

The range topping Z71’s $4000 price premium includes a host of cosmetic upgrades. The upgrades include 18-inch wheels, Z71 decals, roof rails, nudge bar, sail plane sports bar and leather seats. The model we tested was optioned with the “Sizzle Red” paint job, which is a base colour provided on the Z71. Optionally customers can order the pickup in “Summit White” or one of the more premium colours such as “Satin Steel Grey”, “Orange Rock” or “Black Sapphire”… But be prepared to take a hit with a tacked on $550. 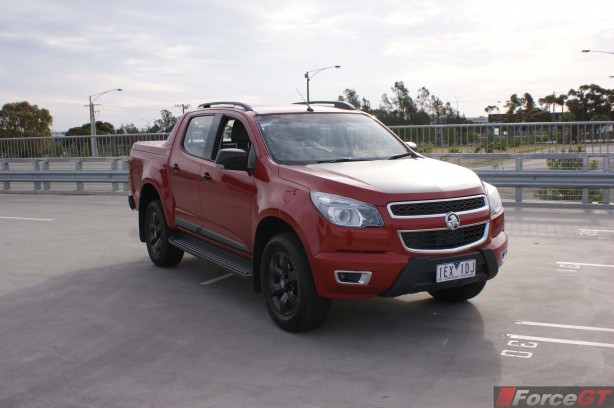 The running boards along the side of the vehicle caught our attention, and not for the right reasons. The plastic flexed quite a bit under the weight of an 80kg male, which had us wondering whether it had been under-engineered for the application.

Another interesting item was the nudge bar. Although stylish and a complement to its already attractive body, it should be noted that it is only a cosmetic highlight.

Elsewhere, the 18-inch wheel package is a pleasant upgrade, leaving the paint shop in metallic grey and wrapped in 265 Bridgestone Dueler tyres.

The Z71’s interior is quite lavish for a sports utility. The seats came draped in Meridian leather and feature electric heating for the driver and passenger. 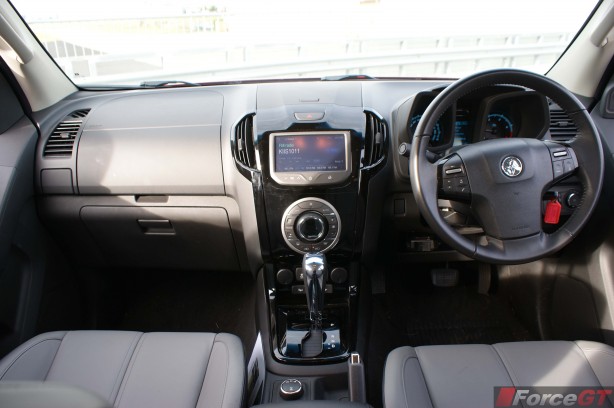 From behind the wheel, we noticed a familiar instrument cluster found in the current model Malibu, but with a few extra bits and bobs. The cluster features two analogue gauges separated by a multi-function LCD panel. We found the analogue gauges to be somewhat small and cluttered. However, the option to enable a digital speedometer on the central display assists with this problem.

The steering controls include the basic navigation, volume and cruise control buttons which were found to be well placed and very intuitive to use.


The in-car entertainment system on the Colorado Z71 now sports the Holden MyLink infotainment system featuring a crisp 7.0 inch colour touchscreen display. The MyLink pairs effortlessly with your mobile phone to provide Siri eye-free integration (iPhone only) and application support for internet radio such as Pandora and TuneIn.

The pickup also includes a reversing camera – a godsend should you ask us, with a length of 5.3 meters and a steering box of 3.75 turns lock to lock, which may cause a bit of hassle for the average driver.

With all these features it would seem as though the MyLink is the perfect integration unit… We would agree, but unfortunately it lacks a dedicated satellite navigation system, forcing the user to either flick open a melways or download an app based GPS solution called BringGo. As the Colorado is trying to entertain somewhat of the utility driving market, we would have expected an in-built GPS system as a minimum. 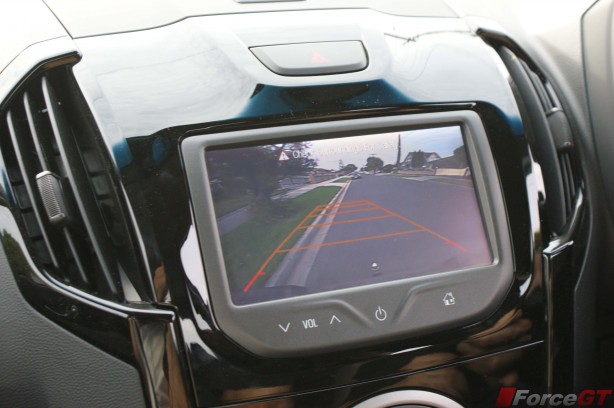 Quite surprising to us was how comfortable the Z71 is to drive. Largely attributed to the leaf spring suspension, it was capable of softening the harshest of roads.

The leather-appointed seating provides adequate comfort and featured six-way electric adjustment for the driver. The passenger however only has manual adjusters. The steering wheel is also wrapped in leather and can be adjusted for tilt. We found the rear seats to be quite comfortable and had sufficient legroom for passengers.

The Z71 sports a mighty 2.8-litre Duramax four-cylinder turbo diesel engine pushing 147kW and 440Nm of torque at an incredibly low 2,000rpm. Pair this motor with the Automatic option and you’ll get a final drive torque of 500Nm. The motor felt gutsy with loads of torque throughout the rev range, with very little turbo lag. 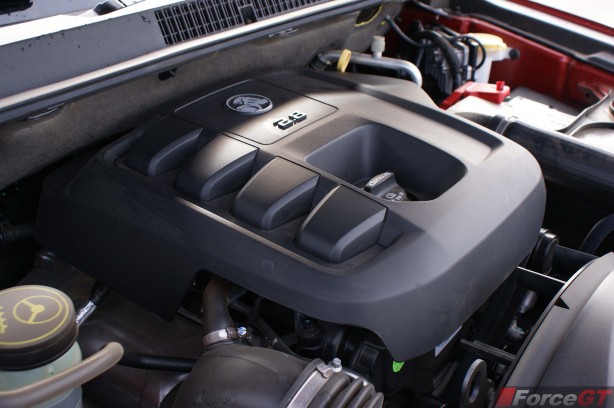 A dial in the center console allows for quick and easy control of the transfer case allowing the Z71 to switch between 2wd, 4wd and low/high configurations. Unfortunately, unlike the Chevrolet equivalent, the Holden Colorado Z71 does not come with locking differentials.

According to Holden, the Z71 has a braked towing capability of 3.5 tonne, which puts it in the same class as the Ford Ranger and Isuzu D-MAX. It also features a payload capability of 800kg (or around 600kg with passengers) which is 175kg less than the LTZ equivalent, due to the softer suspension fitted to the Z71.

Fuel economy is excellent on the Z71. After a week of combined freeway and city driving, we achieved an average of 9.7L/100km, which would give us a working range of almost 800km from the 76-litre tank.

The Holden Colorado Z71 is definitely a great pickup. It’s eye catching, comfortable and reasonably priced for a vehicle of its class. The MyLink is somewhat disappointing with the lack of a dedicated GPS system. However, tethering to the phone and using BringGo still provides a fairly solid and full featured replacement.

For anyone in the market for a functional and sporty family ute, we recommend considering the Z71. However, for the tradie in need of a work vehicle, you’re probably better off with the LTZ as you can better utilise the increased payload capability.