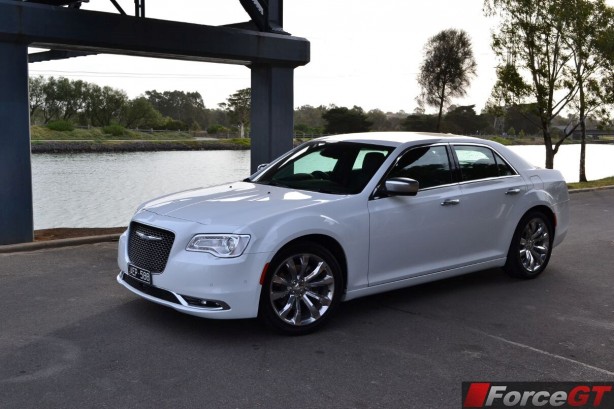 When the Chrysler 300 first hit the market in 2005, there’s nothing quite like it in the segment. It’s big, brash and bold, with loads of space on offer and a powerful engine to boot.

Its mix of gangster-inspired looks and splashes of chrome made it stood out from the conventional large rear-wheel-drive sedan crowd, which includes the Holden Commodore and Ford Falcon.

Now in its second generation, the Chrysler 300 gains a mid-life update for 2015 with even more dramatic styling and new features.

The range has been simplified to just two models, with the slow-selling diesel and sports-oriented S variants dropped. The local line-up now consists of the 300C priced from $49,000 plus on-roads and the fully loaded 300C Luxury with a sticker of $54,000.

Punters seeking the good old V8 muscle will be glad to know that the SRT and SRT Core models remain in the line-up, potentially emerging as the only bent-eight offering in the segment after the dismissal of the Commodore and Falcon from 2017 and beyond. 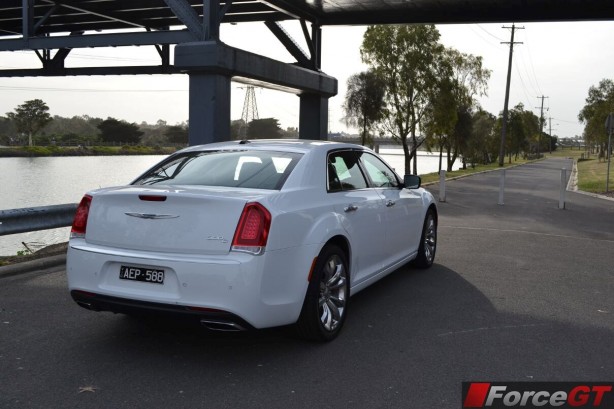 The new updates bring a cleaner and more modern look to the large sedan, but rest assured its road presence is still unrivalled.

Inside, new design elements for the 2015 model include a standard 7-inch full-colour configurable instrument display cluster and electronic rotary transmission shifter, which takes a bit of getting used to and looks rather cheap. Chrysler’s new three-spoke steering wheel with larger vehicle controls and die-cast paddle shifters also make first application in the new 300.

We like the overall layout and ergonomics of the revised interior. Chrysler’s Uconnect infotainment system is also one of the most intuitive we have come across, delivering multimedia and satellite navigation controls though a crisp 8.4-inch colour touchscreen in the centre console.

However, cabin fit and finish and overall quality still leave much to be desired, and we were not even being picky.

Having said that, the cabin is now even quieter thanks to new noise absorbing components and materials including dual-pane acoustic windshield and front-door side glass, body-cavity silencing foam, under-flush rolled-framed doors with triple seals and acoustic wheel-well liners. 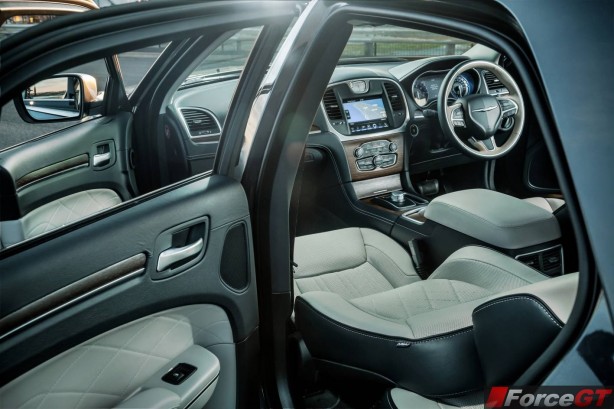 The 300 rides smoothly on most surfaces, motivated by an equally smooth and aurally satisfying 3.6-litre atmospheric V6 producing 210kW and 340Nm, unchanged from before. It continues to drive the rear wheels via the excellent ZF-sourced eight-speed automatic transmission, which tags along nicely with well-spaced ratios.

A new Sport mode further sharpens throttle response and cut gear shift times by 37 percent, according to Chrysler. It can also hold the desired gear without unexpected shift, including at redline. Kick down is almost instantaneous and preceded with a throttle blip.

Improvements have also been made to the 300?s electronic power steering. The new variable system can increase power assistance for a lighter steering in low-speed situations and when parking, or reduce steering assistance at highway speeds for a firmer feel. We also find the new steering more communicative and sharper in its response. 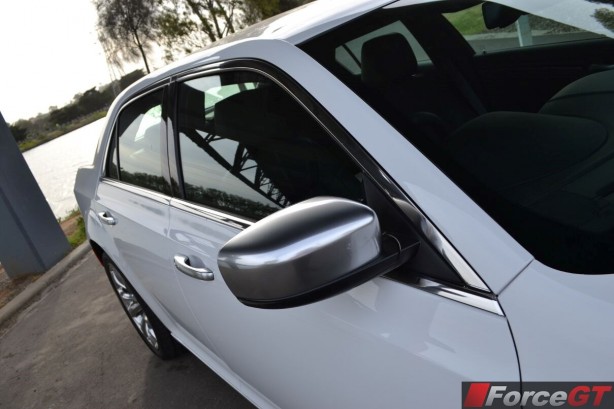 The 300’s handling around the bends is remarkable for a large sedan. Despite its heft, body control is well-judged and there’s a sense of assurance in its composure. The grip from those 245/45 R20 tyres (standard on 300 Luxury) is also abundance to keep the car in its intended line of travel.

The first generation Chrysler 300 brought with it charisma, comfort and lots of visual flourishes that made others in the segment looked stale. Ten years and two generations later, it has lost none of those.

Previous Ferrari F12tdf already sold out!
Next Watch as the Ford Focus RS develops from concept to production 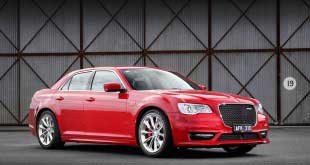 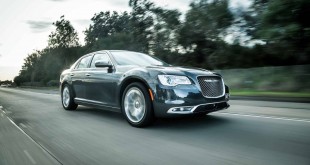