Watch as the Ford Focus RS develops from concept to production 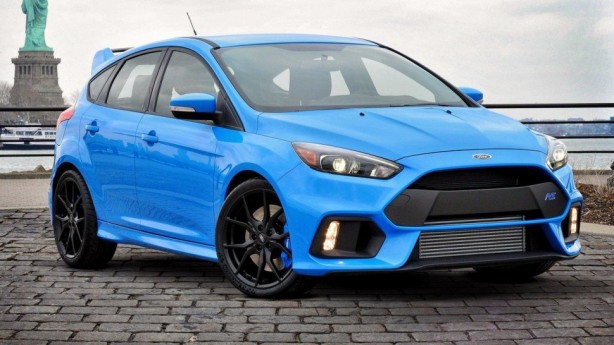 We tend to take our cars for granted, we don’t truly grasp the collective effort required to produce a production ready vehicle. Thankfully Ford in their 8 part video series has given us an amazing insight into the development of their Focus RS.

Episode 1 takes us to the Ford proving grounds in Detroit, where legendary rally driver Ken Block and chief technical officer, Raj Nair bring us through their history with the Focus while bashing the highly camouflaged prototype around the track.

Episode 2 brings us to Cologne in Germany where Fords European development occurs. This part of the series discusses the exterior design choices made outlining key aero features. Design supervisor Ernesto Rupar comments about the pulled-out front end of the vehicle, which he says looks like it’s saying “I need air to breathe”. The upper grille provides cooling to the radiator while the lower section provides cold air to the intercooler. The recessed fog lights also provide aerodynamic benefit as they redirect air to the front brakes, the front splitter also “counterbalances” down force with the rear spoiler and diffuser. Later in the video, we witness the numerous crash test performed, ensuring safety isn’t compromised throughout the design process.

Episode 3 takes the prototype Focus RS on a 1600km road test through extreme terrains ranging from rocky mountains to the Arizona desert. Engineers took notes and found the suspension to be too choppy and the brakes needed upgrading.

Episode 4 is set at Fords “top secret” test racetrack in Lommel, Belgium. Dynamics specialist David Put, intends to make the all-wheel drive system feel rear-driven on the throttle. Ken Block takes over the testing and realizes he has to fight the suspension and differentials, he notices the rear snaps under braking and that the front end “lacks confidence”. David agrees with the observations and takes the prototype back for further development. However, not before Ken puts it through some hoonigan shenanigans.

Episode 5 is all about the issues Ford faced around the time of the Geneva Motor Show. Although the reveal was a success behind the scenes, engineers faced major performance issues with the 2.3-litre turbo four-cylinder. Likewise, the chassis wasn’t where the company wanted it to be, forcing a sale delay on the dealers until issues were sorted.

Episode 6 centers around powertrain testing at the Dunton technical center in England, in order to figure out why some engines were “letting go”. They also used this time to tune the engine and secure the 440Nm and sub 5 second 0-100km/h target they were after.

Episode 7 takes us to the famous Goodwill festival of speed where Ken Block thrashes the RS through the hillclimb event. However, back in Lommel, Belgium, the final prototype set for sign-off didn’t impress Raj Nair. He found the steering to be “spongy off center” when set to the Normal driving mode, the brakes had modulation issues and the sound was too soft. Raj sent the prototype back to engineers to work out solutions to his concerns.

Episode 8 marks Raj’s final sign off for the Focus RS prototype, allowing it to finally be sent off for mass production.

Previous 2015 Chrysler 300 Review
Next Your too late: BMW M4 GTS is reportedly sold out!