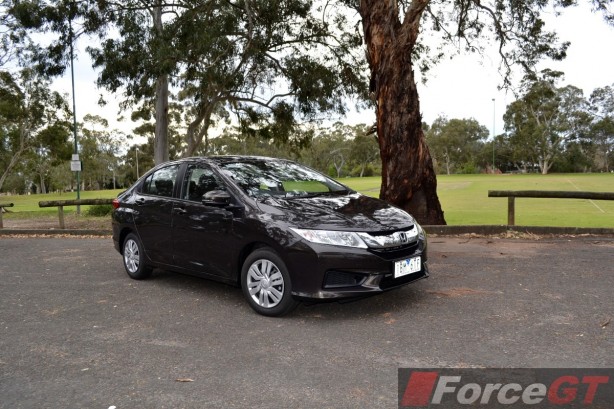 We drove the 2014 Honda Jazz recently and liked its comfortable ride and competent handling. Its clever packaging also impressed upon us.

Now it’s the Jazz’s booted brother, the City’s, turn to show us if it has what it takes to take on the not only the more trendy hatches, but also the burgeoning small SUVs infesting our city streets. 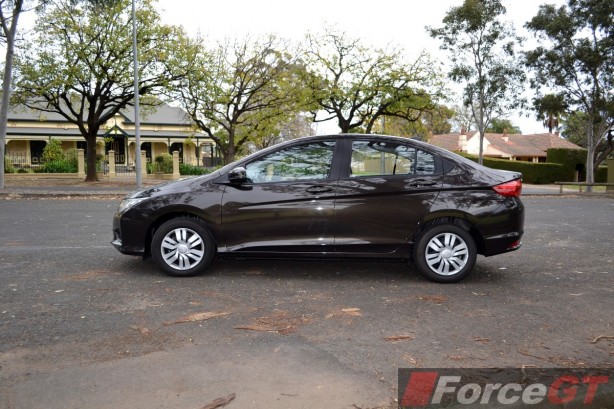 Available in two models – VTi and VTi-L, the 2014 Honda City is powered by the same 1.5-litre four-cylinder naturally aspirated engine developing 88kW of power and 146Nm of torque as the Jazz. 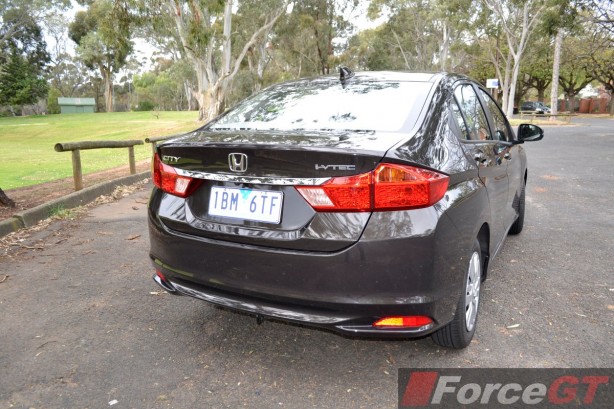 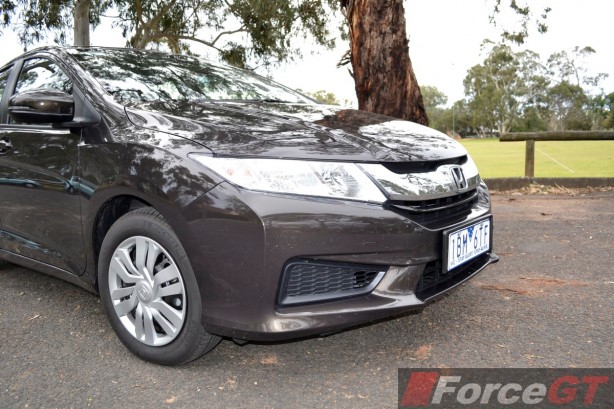 Externally, the small Honda sedan sports a low front and strong character lines as its hatch sibling. It looks more dynamic than the old model, especially at the rear quarter where the flared guard works with the deeply sculpted side panel to give the car a dynamic stance. 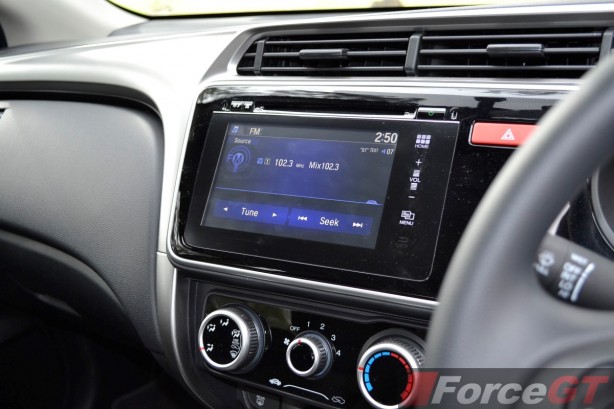 Honda said that in order to develop the new City for the world (over 2.2 million have been sold since the models debut in 1996), the company undertook customer research to understand how they use their vehicle.

The common theme that Honda found was the customers’ reliance on their smartphones. Our phones travel with us all the time, so Honda set out to create a cabin that offers a truly integrated experience.

Central to this is Honda’s Display Audio System with its 7-inch colour touch screen that is integrated high on the dashboard within easy reach of the driver and front-seat passenger. 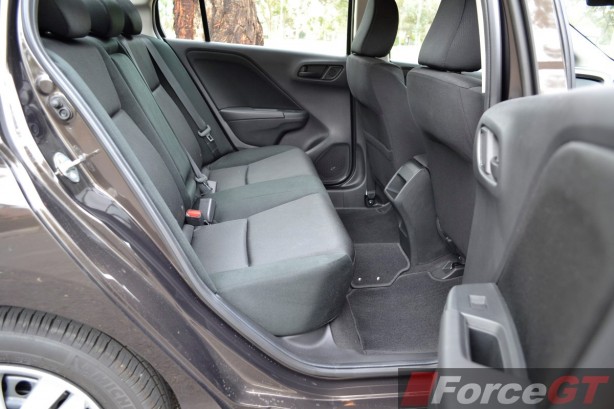 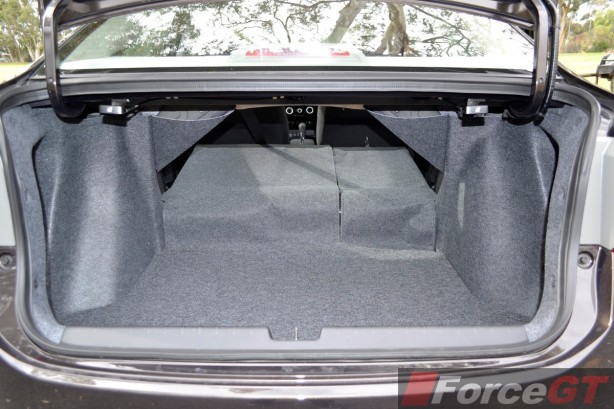 It brings Bluetooth connectivity, including audio streaming and even HDMI audio and video playback (when the car is stationary and the handbrake is on). It also integrates Apple’s Siri that enables iPhone users to operate the phone using voice commands by holding down the ‘Talk’ button on the steering wheel.

It also allows you to use the apps on the user’s iPhone when connected with the special HDMI cable (sold separately).

Honda hopes that the integrated technology will lure younger buyers to the model, besides keeping older, established buyers happy with a roomy cabin and a generous 536 litres boot space (30 litres more than the outgoing model).

While the boot is large enough, the same can’t be said about the boot opening, making loading and unloading larger object somewhat awkward. The versatile Jazz with its Magic Seats and large roof-hinged hatch is better in this regard. 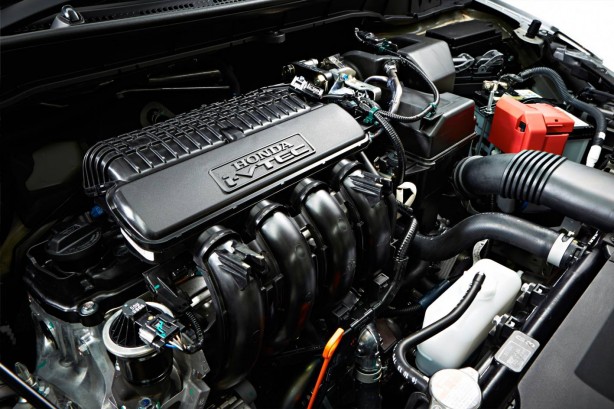 Like the Jazz, the City is powered by the carried over 1.5-litre i-VTEC engine albeit upgraded for improved performance and fuel efficiency.

It produces 88kW at 6,600rpm and 145Nm at 4,600rpm and is mated with a 5-speed manual as standard, with a continuously variable transmission (CVT) available as an option (standard on the VTi-L).

It won’t win you the traffic light drag race, but is sufficient to get you off the line without embarrassing yourself with one passenger on board. Pleasingly, the small engine is generally muted, except when hustled, where it will answer back with a protesting metallic rasp.

The engine, when paired with the CVT, is said to be 12 per cent more economical than the old model and 8 per cent for the manual. There is also an ECO button to help you reach for that but it dampens throttle response and keep revs low. It got ignored during the test.

Nevertheless, we still averaged 6.0L/100km on test, which is impressive and not far off the claimed fuel consumption of 5.8L/100km. 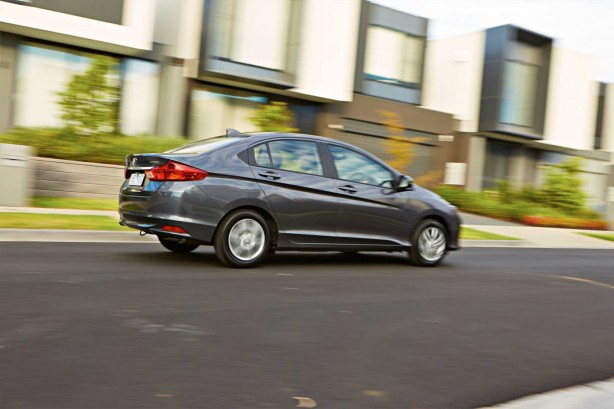 The driving sensation in the new City positively lives up to its name and closely mirrors that of the Jazz. It is light and easy to manoeuvre around town, yet is capable of tackling corners with little body roll.

The steering is responsive but provides little in terms of feel. Like the Jazz, it also suffers from lack of front-end grip, with the skinny tyres scrambling for traction even in the dry.

On the open road, it cruises with the confidence of a big car and is relatively quiet and comfortable, except for some wind noise. Some drivers might also find the City’s flat front seats lacking in support. 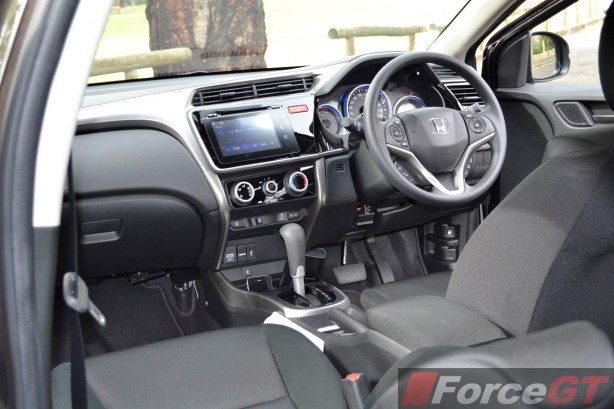 However, neither model is fitted with parking sensors which is a glaring omission.

While the 2014 Honda City may not be as trendy as some other hatchback in its class, it is just as spacious and almost as practical.

What impresses most is its affordability, fuel efficiency, refinement and long list of standard equipment.