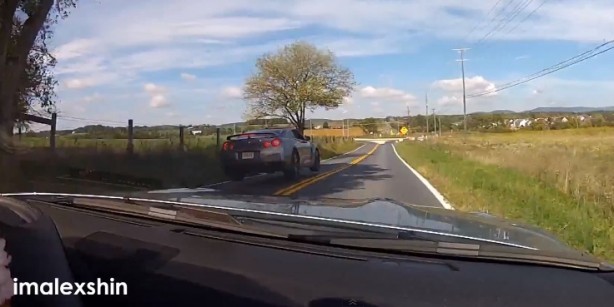 Two Nissan GT-Rs out for a leisure cruise ended up in a bad way when one of the Nissan GT-Rs went too fast over a bump and became airborne. The speeding GT-R then slammed hard onto the tarmac, spun out of control before ending up in a field.

It happened when the 530 horsepower Nissan GT-R tried to overtake another GT-R on a stretch of road without noticing the bump ahead. The excessive speed the GT-R was carrying sent the car airborne, only metres away from a roundabout.

Fortunately the driver escaped unhurt. However, he was later faced with a $15,000 repair bill to fix his damaged Nissan GT-R. Check out the video below.