Just like the Bugatti Veyron is the ultimate driving machine in the car world, Gran Turismo is the ultimate driving simulator in the virtual world. Since its inception in the 90s for the first Playstation game console, every instalment of the game has pushed the envelope of computer graphics further and further. And the latest version of the game, the fifth instalment is no different.

Due to launch in November 2nd 2010, One of the new features of Gran Turismo 5 is weather effects. The new game makes full use of the Playstation 3 processing power to reproduce the unrealistically real weather effects including rain, snow and dust. Apart from the stunning visual effects, the real time weather in the game will also have an impact on the handling of  the cars.

Check out the video below for a trailer of the Gran Turismo 5’s weather effects. 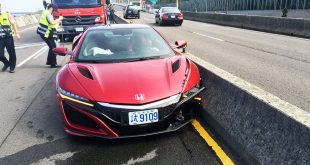