Video: BMW M2 CS puts to its paces at Nürburgring 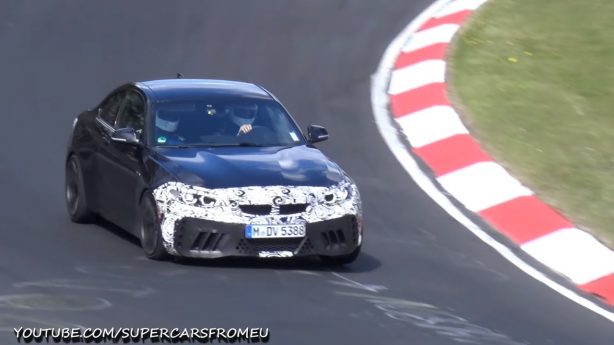 As development of the hardcore BMW M2 – likely to be known as the CS – enters its final stages, a prototype has been caught stretching its leg at the Nürburgring in Germany.

Following on the footsteps of its big brother, the M4 CS, the M2 CS promises to be better than the original.

Underneath the bonnet, the N55 twin-turbo 3.0-litre straight-six has been ditched in favour of the S55 unit from the M3 and M4. In order not to step on the toes of M3 and M4 owners, BMW will have the engine detuned to around 294kW, down from the M3/M4’s 336kW.

Like the M4 CS, the M2 CS benefits from an uprated chassis that includes suspension upgrades and beefier brakes.

Check out the spy video below.

Previous Suzuki Swift Sedan for the Australian market?
Next 2017 Honda HR-V gets sat-nav as standard across range