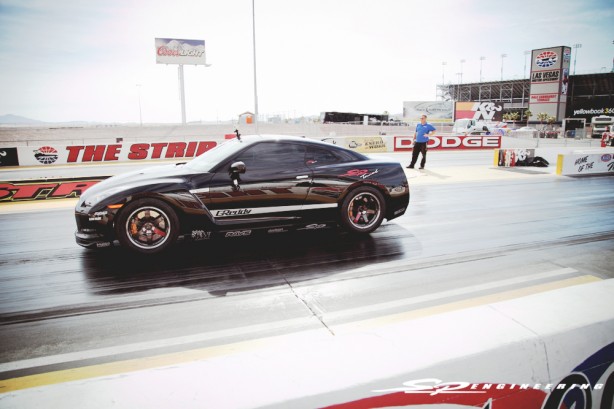 Last week, AMS Performance set a new quarter mile record of 8.97 seconds in their 1500 horsepower (1103 kW) Nissan GT-R. Just when you think the GT-R just can’t get any faster than that, the folks at SP Engineering took their GT-R to the drag strip this week with the aim of smashing AMS Performance’s record.

SP Engineering’s Nissan GT-R churns out just shy of 1200 wheel-horsepower on the dyno. The car was tuned in collaboration with GReddy Performance and KW Suspension.

Check out SP Engineering’s 8.79 seconds GT-R in the video below.

Yes, a new fastest time for the quarter mile run in a Nissan GT-R. However, SP Engineering has probably forgot that AMS Performance’s GT-R was a full car, i.e. with full interior. Comparing that with SP Engineering’s stripped out GT-R might not be a fair comparison. That being said, it is still one hell of a record.