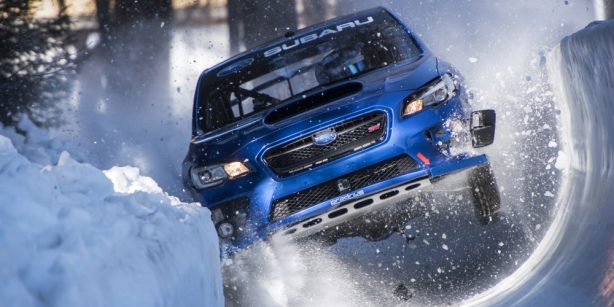 With strings of World Rally Championships and multiple Isle of Man lap records under its belt, the Subaru WRX STI has seen it all. And the folks at Subaru must have been wondering what’s next to throw at the performance icon. They found it.

It’s a 113-year-old bobsled track in the Swiss Alps that is just wide enough for the WRX STI. Challenge accepted.

Using the 2015 Isle of Man lap record car as a base, Subaru’s motorsport partner Prodrive modified the WRX STI with extra bracing and special tyres to tackle the icy walls of the bobsled course. And the daredevil behind the wheel is none other than British rally champion Mark Higgins, the same man who took the lap record at Isle of Man in 2015 driving the same WRX STI. He is also a stunt driver for blockbusters such as James Bond and Fast & Furious.

Sweeping bends, vertical drop and blind corners only as wide as a car all made of nothing but ice, it can’t get any hairier than this. Can the WRX STI come out of the other end of the course in one piece? Watch the video to find out.