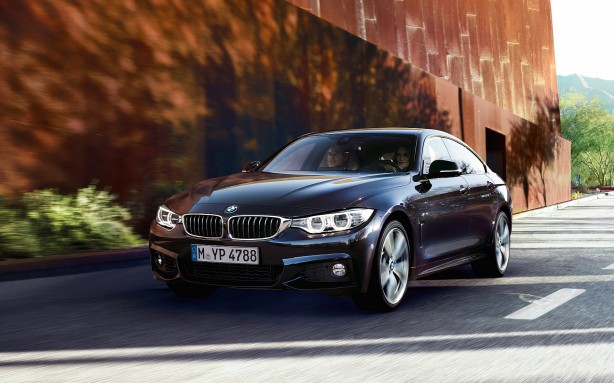 The latest member to join the BMW 4-Series range and the company’s second four-door coupe, the new 4-Series Gran Coupé was revealed only a few days ago. Now the German marque has released a new video to give us a closer look at the grand tourer, including insight into its design and functionality. Along with the new video, a series of high resolution wallpaper images of the 435i Gran Coupé in Carbon Black have also surfaced.

Aimed at buyers who demand style without sacrificing practicality, the 4-Series Gran Coupé combines the sleek look of a two-door coupé with the functionality provided by four-doors and expansive spaciousness, including a wide-access luggage compartment. Despite having two extra doors, the Gran Coupé shares identical footprint as its two-door sibling.

At launch the 4-Series Gran Coupé will be available with four and six-cylinder petrol engines, plus two four-cylinder diesel engines. Topping the range is the 435i with a six-cylinder in-line 3.0-liter turbocharged petrol engine delivering 225 kW/306 hp with an average fuel consumption figure of 8.1L /100 km. The 428i and the 420i Gran Coupé are equipped with BMW’s widely used four-cylinder turbocharged petrol engines that deliver 180 kW/245 hp and 135 kW/184 hp, respectively. Average fuel consumption is respectively 6.6 L/100 km and 6.4 L/100 km.

The BMW 4-Series Gran Coupé is set to make its debut at the Geneva Motor Show in March. It is expected to arrive on Australian shores in the third quarter of 2014.