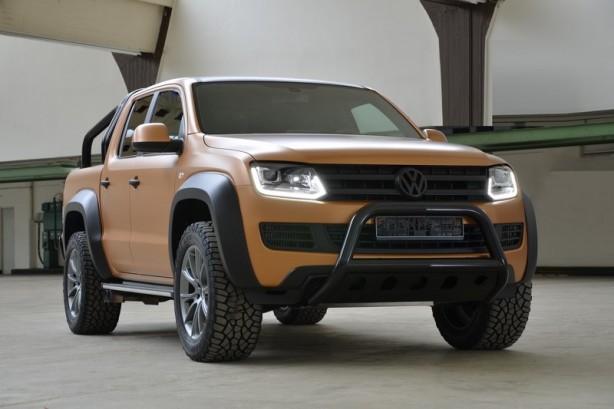 MTM has announced it will be unveiling its Volkswagen Amarok V8 Desert Edition at the Geneva Motor Show.

Developed jointly with DIRKS, the V8-powered ute features a two-toned matte paintwork with wheel arch extensions housing a set of 20-inch BBS alloy wheels shod with Cooper off-road tyres. Its sinister look is highlighted by black out front grille and badges, along with side steps and a roll cage. 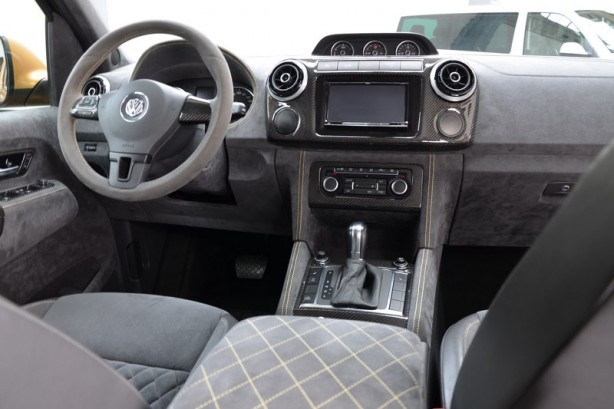 Inside, the MTM-tuned Amarok’s interior is covered entirely with Alcantara and leather with contrasting yellow stitching. There is also carbon fibre trim for a touch of exclusivity. The standard car’s infotainment system has been swapped with an aftermarket unit with satellite navigation and television function. Finally, a set of Sirocco style auxiliary gauges has also been added. 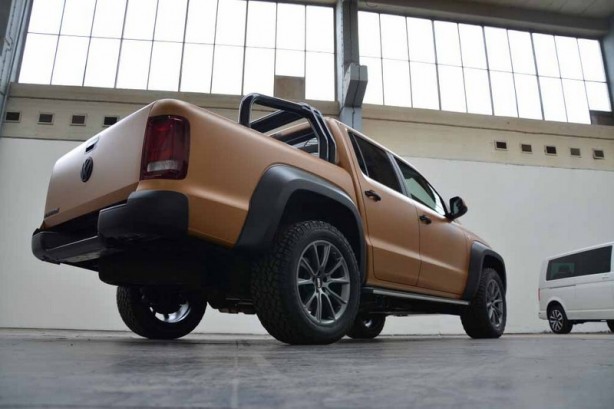 The headline news is of course, the mighty 4.2-litre TDI V8 from the Volkswagen Touareg R Line found under the ute’s bonnet. It produces 302kW and 928Nm of torque and is matched with an 8-speed Tiptronic transmission, enabling the truck to hit 100km/h from a standstill in just 6.0 seconds, en route to a top speed of 240km/h.

To improve handling, MTM has installed a set of coilover suspension to the car, while a set of high-performance disc brakes measuring 406mm at the front and 356mm at the back rein in the power. 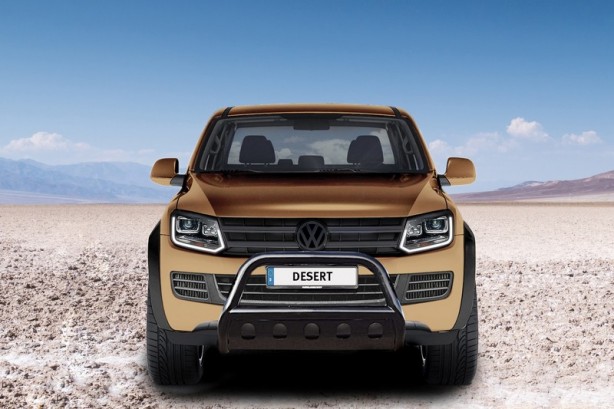