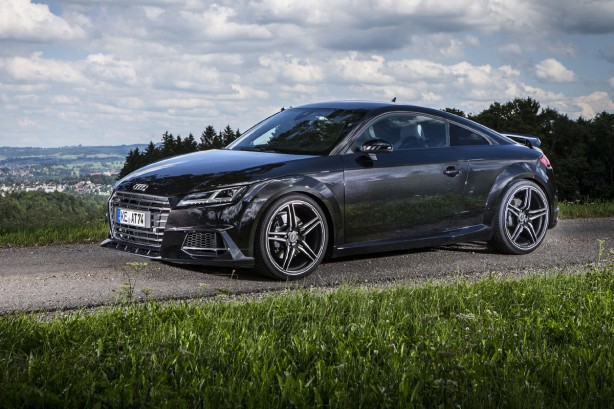 ABT Sportsline has released a new tuning package for the Audi TTS coupe. Expressing its sharper dynamics is a new front lip spoiler, mirror caps, sideskirts, rear diffuser and a fixed rear spoiler. There’s also the ABT exhaust system with black chrome-plated tailpipes and lasered ABT logos.

The car sits closer to the ground by 35mm at the front and 30mm at the rear thanks to a set of lowering sports suspension, while the wheel arches are filled by ABT lightweight forged 20-inch wheels.

Inside, things are a lot more subtle. Updates include illuminated door sill plates, ABT-branded floor mats and extra application of Alcantara on the steering wheel, seats and centre console. 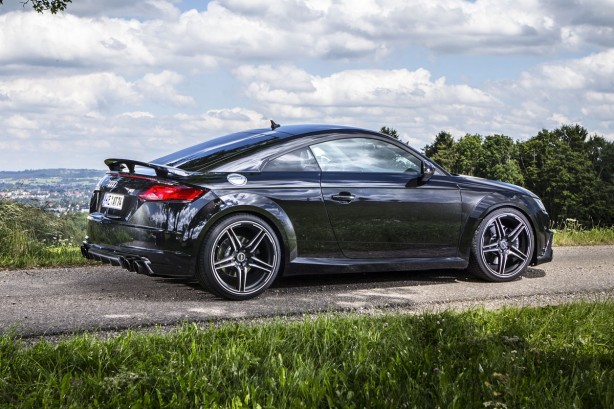 But the big news is the tweaked turbo 2.0-litre TFSI four-cylinder engine. It now produces 276kW of power and 460Nm of torque, an increase of 50kW and 80Nm over the standard car.

The extra power slashes the TTS’ 0-100km/h sprint time by 0.3 seconds to 4.4 seconds for the DSG model, while the manual version is 0.2 second quicker at 4.7 seconds. The top speed of both variants has also been lifted to 265km/h.