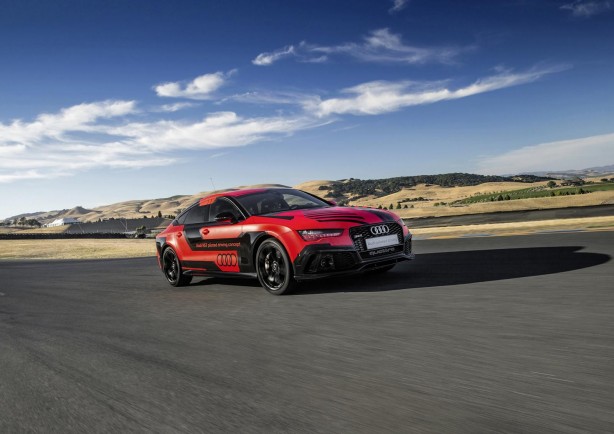 Audi has unveiled their updated RS7 piloted driving concept and it has shed a massive 400kg compared to its predecessor.

The original concept, nicknamed “Bobby”, lapped the Hockenheimring at speeds of up to 240km/h. The latest version, named “Robby”, was tested at the Sonoma Raceway in California and took just 2:01.01 minutes to complete the 4,050 meter circuit. It is powered by the same 4.0-litre twin-turbo V8 as the production RS7 Sportback, delivering 412kW and 700Nm of torque. 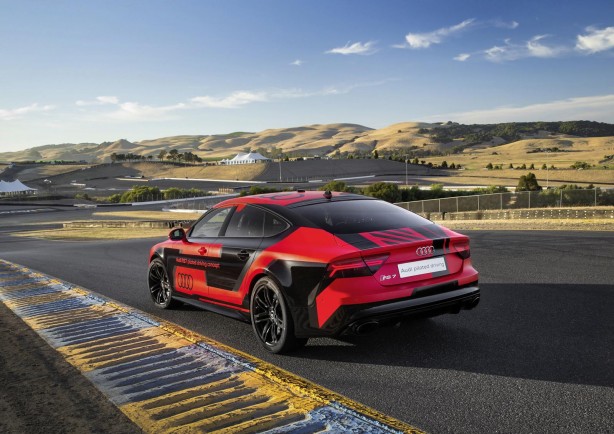 At the start of 2015, “Jack” – an Audi A7 piloted driving concept with many near-production solutions – drove on public highways from Silicon Valley to Las Vegas for the Consumer Electronics Show (CES). Shortly thereafter, this car also drove autonomously on German autobahns at speeds up to 130 km/h. At CES Asia in May 2015, journalists also had an opportunity to experience piloted driving – in the traffic of megacity Shanghai. 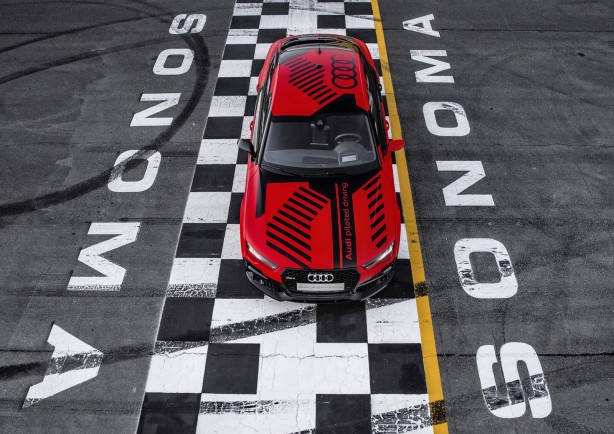 The development work, which includes driving on a very wide array of testing grounds, is yielding valuable knowledge for series-production systems – from the sensor technology and data processing to vehicle control and stabilization.

The technologies for piloted driving stand for safety, time savings, efficiency and convenience. The systems can make a valuable contribution to safety, especially when the driver is overwhelmed or underwhelmed by driving tasks. In addition, it gives drivers greater freedom for organizing their time in the car. When used to temporarily assume driving tasks, the predictive technology makes driving more efficient, reduces stress and enhances comfort. Piloted driving will make its production debut in the next generation of the luxury-class sedan, the Audi A8. The systems can assume control of the car during parking or in stop-and-go traffic on freeways at speeds up to 60 km/h.