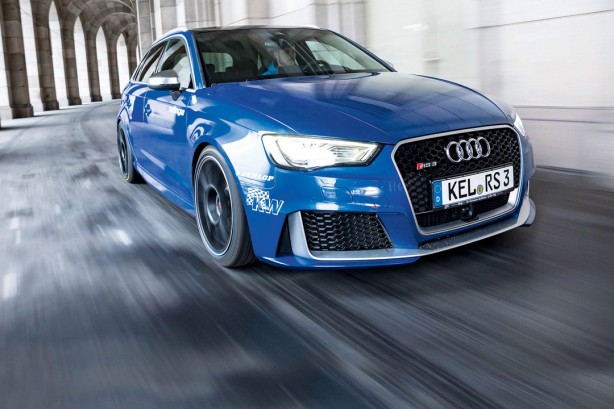 As if the Audi RS3’s 270kW and 465Nm wasn’t punchy enough, Oettinger has turned the whip up on the hot hatch even further.

The German tuner’s latest project sees the 2.5-litre turbocharged five-cylinder engine in the Audi RS3 serving up a fire-breathing 382kW (520hp) of power and 680Nm of torque, putting five-door hatchback in the realm of supercar performance. And it’s got the figures to prove – 0 to 100km/h in just 3.3 seconds, en route to a top speed of 310km/h with the speed limiter removed. 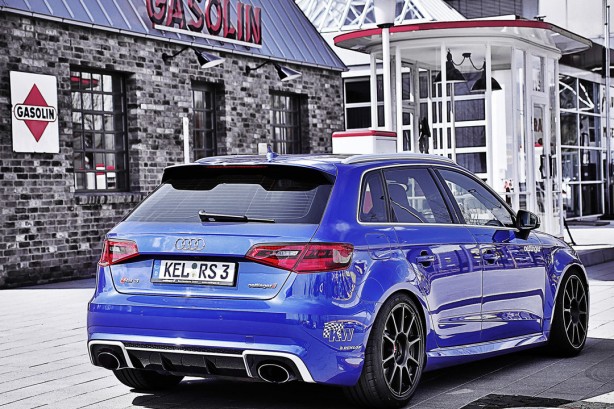 Visually, the Oettinger Audi RS3 looks almost normal, except for new wheels and the lower ride height courtesy of a set of KW coilover sports suspension.

Along with the specs, the tuner has also gladly provided us with video footages of their pumped-up RS3 in action, further eliminating any doubts of its ballistic performance.