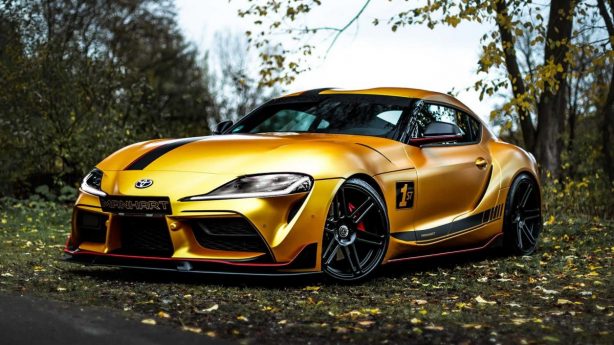 The new Toyota GR Supra’s BMW-sourced powertrain might be somewhat contentious for Toyota purists but it’s not without some benefits. In production since 2015, tuning companies are well acquainted with the B58 inline-six. As such, there is no shortage of choices when it comes to tuning the Supra.

The latest to introduce a tuning programme for the sports coupe is Manhart with their GR 550.

As hinted by its name, the 550’s boosted six-pot produces 550PS, or 399kW; a significant jump over the stock Supra’s 250kW, while torque has also increased from 500Nm to an impressive 770Nm. 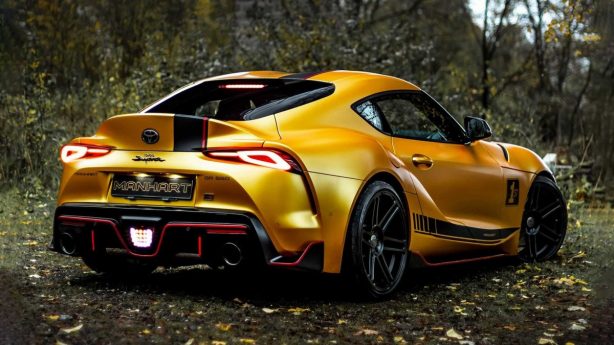 Manhart hasn’t released any performance details but it’s safe to assume the 550 will easily beat the stock Supra’s 0-100km/h time of 4.3 seconds.

The extra power comes courtesy of a new turbocharger along with a tweaked ECU, upgraded piping, a carbon intake, a new downpipe, a new radiator and an upgrade stainless steel exhaust system.

The Supra’s chassis has also been upgraded with three-way coilovers, while a set of upgraded 295/25 ZR20 tyres are tasked with deploying power to the tarmac. 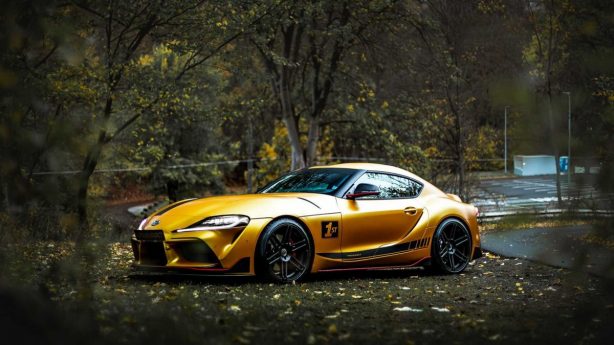 Customers can also opt for H&R lowering springs in lieu of the coilovers, which comes with a set of sporty 20-inch wheels.

Other aesthetic upgrades include a front spoiler as well as the eye-catching Manhart gold bodywrap with matching black graphics.

The tuner has left the Supra’s interior alone but will “individually configure upon request”.