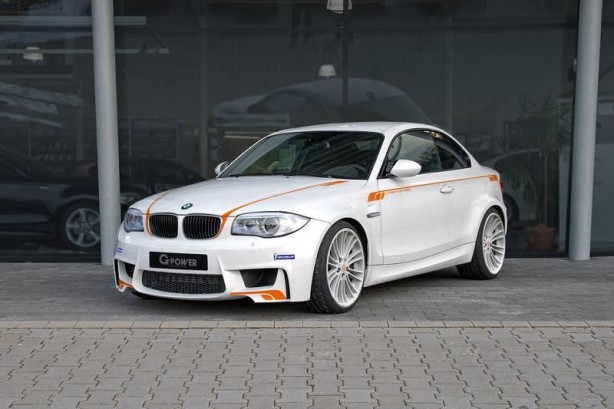 The boys at G-Power have given BMW’s pocket rocket, the 1M Coupé, a poke under the bonnet. The tuning programme starts off with new engine software, a bigger capacity for the boost cooling system and flow-optimising downpipes for lowering exhaust gas temperature.

G-Power has also swapped the stock exhaust system with one made from titanium which is 20 percent lighter. The exhaust system ends with four carbon or titanium tailpipes. 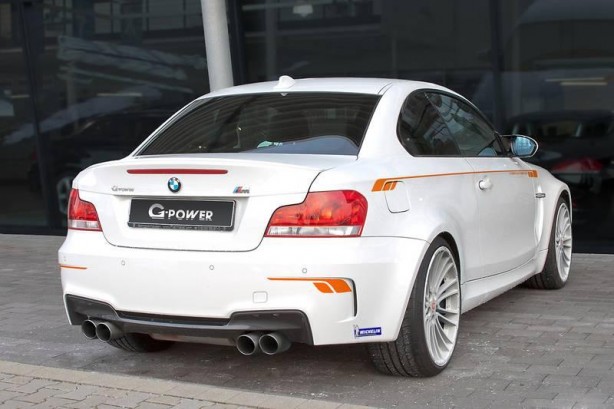 To reign in those speeds, G-Power’s Braking System with up to six brake pistons and up to 396mm brake disc diameter are fitted. The G-Power 1M Coupé rolls on 20-inch white painted G-Power Silverstone alloys with Michelin tyres.